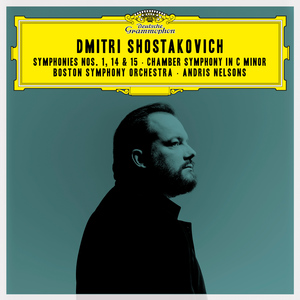 Three Grammy Awards and a mountain of rave reviews stand behind Andris Nelsons' ongoing cycle of the fifteen symphonies of Dmitri Shostakovich. The conductor's run of visionary interpretations with the Boston Symphony Orchestra, recorded live by Deutsche Grammophon, is set to continue with the release of a double-disc album of the Russian composer's Symphonies Nos. 1, 14 & 15. The new recording connects with both the swaggering energy of youth and the profound reflections of a composer nearing the end of his life. It also includes a searing account of the tragic Chamber Symphony.