"Anja Lechner's cello is an open window welcoming all pure sounds of music coming from all corners of the world." - Tigran Mansurian

She has premiered works by composers including Tigran Mansurian, Valentin Silvestrov, Annette Focks, Alexandra Filonenko and, recently, Zad Moultaka's "Mystery of Mysteries" with Pablo Márquez. In the 2012 season, Anja Lechner performs Mansurian's double concerto for violin and violoncello in Amsterdam together with Patricia Kopatchinskaja, and gives the first performance of a new piece by Mansurian for cello and chamber orchestra, concerts by ECM, the label for which she has recorded since 1996.

Other highlights this season include, with Reto Bieri and the Camerata Zürich, the performance of Mansurian's Postludium for Clarinet, Cello and Strings in a programme incorporating solo performance of Silvestrov's Elegie for Solo Cello and Two Tam-Tams. Lechner's affinity for Silvestrov's music has previously led to participation in recordings including the Grammy-nominated "leggiero, pesante."

Anja Lechner's long-running artistic collaboration with Argentine bandoneonist-composer Dino Saluzzi is the subject of "El Encuentro", a new film by Norbert Wiedmer and Enrique Ros. She can be heard on recordings with Saluzzi including "Navidad de los Andes", "Ojos negros" and, with the Rosamunde Quartet, "Kultrum". From 1992 until its disbanding 18 years later, Lechner was the cellist of the Munich-based Rosamunde Quartet, whose internationally-acclaimed ECM New Series recordings include music of Mansurian, Schoeck, Larcher, Webern, Shostakovich, Burian, Haydn, Yoffe, and more.

Projects in preparation for 2013 include the premiere of Vladimir Godar's cello concerto with the Slovak Philharmonic.

In 2004, Lechner and Greek pianist Vassilis Tsabropoulos topped the US classical charts with "Chants, Hymns and Dances", featuring music of composer-philosopher G.I. Gurdjieff. A new duo, with French pianist François Couturier, continues to reference Gurdjieff, as well as Federico Mompou and Anouar Brahem, and adds Couturier's own compositions to the stylistic mix, with repertoire situated at the crossroads of East and West. Lechner also performs in the Couturier's Tarkovsky Quartet, which plays music inspired by the films of its namesake, sometimes accompanied in concert by the video projections of Andrey Tarkovsky Jr.

Born in Kassel, Germany, Anja Lechner studied with Heinrich Schiff in Cologne and Basle and, with a scholarship from the Deutsche Studienstiftung, with Janos Starker in Bloomington.

"One of the most gifted cellists in the world, often bridging the gap between contemporary and traditional, east and west, and arranged and improvisational music. She brings unimpeachable technical skills, a rich and warm tone and the interpretive soul of a poet to every performance, onstage and on record." - Greg Cahill, Strings, USA


François Couturier, born 5 February 1950 in Fleury-les-Aubrais , is a pianist and composer in the jazz French tradition.

After studying musicology and classical piano, he founded in 1977 the Print group. In 1978 , he met Jean-Paul Celea , playing at the time with Jacques Thollot , with whom he will maintain a close relationship. He collaborated later with Daniel Humair , François Jeanneau , Michel Portal and Didier Lockwood . In 1980, he was honored with the Django Reinhardt Prize from the Academy of Jazz . In 1981 and 1982, he joined the Translators training conducted by British guitarist with Celea John McLaughlin .

Thereafter, he continued to play in various formations as Couturier-Celea Quintet, the Black Moon quintet (including Dominique Pifarély and François Laizeau ), the Passagio group, among others.

Discography. As a leader or co-leader

2002 : Music for a while, with Jean-Louis Matinier and Jean-Marc Larche (Emouvance) 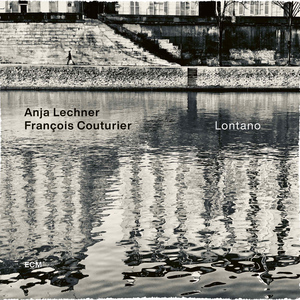 On Moderato Cantabile, their 2013 duo recording, Anja Lechner and François Couturier illuminated some musical and spiritual affinities linking Komitas Vardapet, George I. Gurdjieff and Federico Mompou, composers at the crossroads of East and West.  With Lontano, the German cellist and the French pianist widen the scope of their music.

Out of their shared work – which has included concerts and recordings with the Tarkovsky Quartet and the Il Pergolese project as well as duo activities – a shared language has evolved. Whether playing their own pieces, compositions by Henri Dutilleux or Giya Kancheli or Anouar Brahem, drawing upon a Bach cantata or an Argentinean folk lament, Lechner and Couturier have established a distinctive musical identity. Finding atmospheric and expressive connections among far-flung sources, they also create new music that reflects and refracts its inspirations.