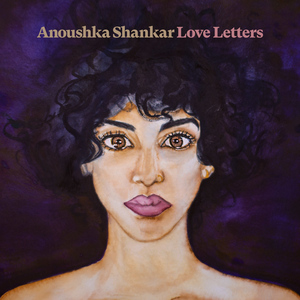 ‘Love Letters' marks a different direction for the internationally celebrated artist; it offers a shift in intimacy and content and comes at a pivotal time in her career as she signs to her new record label, Mercury KX. Hailed by the Guardian as a "virtuoso sitar player", Anoushka truly pushes the boundaries of how the instrument is heard and perceived and "uses it as a vehicle for creativity" (Times).

Love Letters documents a time of profound flux for Anoushka: health issues, heartbreak, domestic upheaval – "These were difficult times, which pushed me into some very vulnerable places. I've written from a personal place before, of course, but there was something particularly tender about the process this time, and it was a creative challenge to be brave enough to allow the music to remain as raw as it began" she says.