Acknowledged by The New York Times for his "exquisitely sensitive playing" and "stunning agility", Grammy-nominated mandolinist Avi Avital is one of the world's most exciting and adventurous musicians. He is deeply committed to building a fresh legacy for the mandolin through virtuosic performance in a range of genres and commissioning new works for mandolin.

Avi Avital is the first mandolin player to receive a GRAMMY nomination in the category "Best Instrumental Soloist" (2010) for his recording of Avner Dorman's Mandolin Concerto (Metropolis Ensemble/Andrew Cyr).   He has won numerous competitions and awards including Germany's ECHO Prize for his 2008 recording with the David Orlowsky Trio and the AVIV Competition (2007), the preeminent national competition for Israeli soloists.

Born in Be'er Sheva, southern Israel in 1978, he began learning the mandolin at the age of eight and soon joined the flourishing mandolin youth orchestra founded and directed by his charismatic teacher, Russian-born violinist Simcha Nathanson.   He later graduated from the Jerusalem Music Academy and the Conservatorio Cesare Pollini in Padova, Italy where he studied the original mandolin repertoire with Ugo Orlandi.

Avital has released various recordings in the disparate genres of klezmer, baroque and contemporary classical music. He now records exclusively with Deutsche Grammophon and his debut release featured his own transcriptions of J S Bach Concertos for harpsichord and violin. His second disc "Between Worlds" introduced chamber music compositions from Ernest Bloch and De Falla to traditional Bulgarian Folk tunes and was released in 2014 to critical acclaim.  He records Vivaldi Concertos with the Venice Baroque Orchestra for release in 2015.

Bassist and composer Omer Avital is one of today's most striking musicians. Praised by critics as, "extraordinary" (New York Times), "roaringly inventive" (JAZZIZ), "a pioneer in combining jazz with myriad world music elements" (LA Times) and, "one of the most exciting musicians to come onto the jazz scene in the last 20 years" (DownBeat), Omer Avital is a visionary composer and virtuoso musician whose genre-defying ensembles are pushing the boundaries of jazz expression and providing audiences with swing and spiritual sustenance in equal measure.

Among the many talented Israeli musicians who have appeared on the world jazz scene in recent years, Avital stands out from the rest. He is not part of this wave but rather one of those who initiated it – Omer Avital is a pioneer. The musician, who has lived in New York since 1992, is partly responsible for putting his native country on the jazz map. Critics from Downbeat and The New York Times have high praise for the classically trained virtuoso bass player; he has even been called the Israeli Charles Mingus.

Avital is a visionary who combines music from his cultural background with modern Western jazz. This makes for an atmospheric sound with contagious Middle-Eastern grooves, subtle jazz melodies and orchestral arrangements of Sephardic compositions.

With his new album, Abutbul Music (recorded in Paris and released on the Jazz Village records label), Avital delivers once again a strong statement with a powerful sound, joyful rhythms and oriental melodies that draw on gospel and soul. Avital is continually evolving contemporary jazz, rightly been called one of the most unique musicians of his generation. 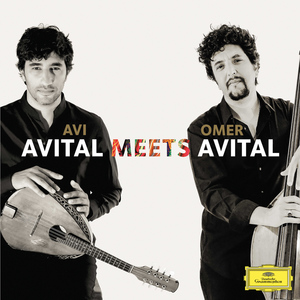 Two superb musicians of international stature – classically trained mandolin player Avi Avital and jazz bassist Omer Avital – have combined their creative energy and set out in search of their cultural roots on Avital Meets Avital, set for release on June 2 on Deutsche Grammophon. Avi Avital and Omer Avital share no blood relation, though their musical careers have intersected and ultimately were rooted in the same place. Both musicians have parents of Moroccan descent who immigrated to Israel in the 1960s and both went to conservatory, one for jazz, one for classical. This shared heritage, and their divergent musical paths in the conservatory is the story of Avital Meets Avital.