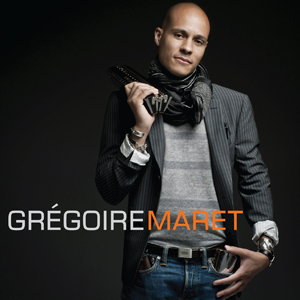 "He's one of the most creative musicians around."- Herbie Hancock   "Gregoire Maret is an exceptional young musician who is taking the harmonica to an exciting new place in jazz." - Pat Metheny  "He is carrying the instrument into the 21st century  with prowess, passion and creativity." - Marcus Miller   "Whenever he lifts his instrument to his lips...we are transported with a sweet yet powerful intensity to a higher plane."
- Cassandra Wilson

Over the course of the past decade, Gregoire Maret has emerged as a unique and compelling new voice across a wide spectrum of the modern jazz world. That his chosen instrument - the harmonica - is a relative rarity in the genre is one element in his singular sound, but far from the whole explanation. After all, the extensive list of heavy-hitters who have enlisted him for their own projects is unparalleled: Herbie Hancock, Pat Metheny, Cassandra Wilson, and Marcus Miller are some of his most prominent employers, none of whom have the patience to employ novelty for novelty's sake.

Along the way, Maret has redefined the role of the harmonica, finding fresh pathways through a remarkable variety of styles. Herbie Hancock has called Maret "one of the most creative musicians around," while Marcus Miller has declared that he is "carrying the instrument into the 21st century with prowess, passion, and creativity."

Now, after years as one of the most in-demand sidemen and guests in jazz (and beyond), Maret finally makes his highly anticipated first statement as a leader with his long-awaited, self-titled debut. The gorgeous, lyrical album opens up a wealth of possibilities for the underutilized jazz harmonica, encompassing the diversity of Maret's influences and experiences to date but retaining a unified sound evidencing accents from jazz, soul, and Brazilian music among others

"There's a lot about this record that is about my past to where I am now," Maret says. "I wanted to acknowledge not just who I am but how I came to be what I am now."

That acknowledgement encompasses not only Maret's own compositions but pieces and contributions by many of the artists who have impacted his work, both directly and indirectly. Cassandra Wilson, Marcus Miller, and Raul Midon both repay Maret's years under their leadership with guest appearances, while pieces by Metheny, Stevie Wonder and Brazilian composers Ivan Lins and Milton Nascimento spotlight their compositional influence.

"That was absolutely a dream come true," Maret says of working with Thielemans. "But the tricky part was to take it to its full potential. I didn't want it to just be a duet of solos, the championship of the harmonica. I wanted something really musical and complementary, where you really see how much he influenced me but also how different we are. I'm so honored that he accepted my invitation and I wanted to make it as special as it could ever be. I even hired a whole orchestra."

One of the other leading lights of the harmonica, Stevie Wonder, is represented by the relatively obscure title track to his 1979 album, "Journey Through the Secret Life of Plants." The tune was chosen, Maret explains, "because it made sense for me to pay tribute to Stevie Wonder, but in a way that would be really genuine to me. I didn't want to take the best-known song, but one I could make my own in a way. It's just to show how much love and admiration I have for him and his genius."

Along with his soulful harmonica sound, both vocals and percussion emerge as essential elements in Maret's own compositions and his arrangements of the work of others. "Voice and percussion are the two main instruments that really reach peoples' core," he explains. "Since the beginning of humanity, those are the first things we played. When we are still in the womb, the first thing we hear is our mother's voice and heartbeat. So those are the things that will always touch people the most, not because they're unsophisticated but because they're what we first heard."

Maret arranged "The Man I Love" with Wilson in mind long before he ever worked with her, but never showed the arrangement to her during their near-decade collaboration until it came time to record her contribution to his album. It has since become a regular part of her own repertoire. Similarly, he penned "Prayer" with the voices of Take 6 in mind, never having met or worked with the famed a cappella ensemble. After sending a recording of the music to the group's main arranger, Mark Kibble, Maret was stunned a few days later when Kibble replied with a moving vocal arrangement, performed by Kibble and bandmate Alvin Chea.

The first of two three-part suites on the album, "Crepuscule Suite" was inspired by Maret's two years of touring with Marcus Miller. "I think everybody knows how funky Marcus is and how he can play the bass like nobody else," Maret says. "But I don't think everybody knows how lyrical and beautiful he can play on the fretless. I wanted to showcase that side of him that may be a little less known but that I got to hear every night." The bassist's elegant lyricism is amply displayed on the piece, representing the magical twilight hours of dawn and dusk.

The "Children's Suite" returns to the notion of the sounds heard within the womb at its outset, then represents the entire cycle of life with the enchanting sounds of children at play enlivening the background. In a sense, those curious kids could be seen to represent Maret's beginnings as a musician, inspired by a schoolmate's keychain harmonica and his musician father's extensive record collection.

Both suites were written with Maret's longtime collaborator Federico Gonzalez Pena, who co-produced much of the album with Maret and plays piano and keyboards throughout. The two met shortly after Maret's arrival in New York and rapidly formed a personal and musical bond. "I thought it would be really special to have his take on making music since we have such a close collaboration," Maret says. The remainder of the tracks were overseen by the renowned producer Matt Pierson, whose credits include some of the most acclaimed and successful jazz recordings in recent memory, comprising sessions with Brad Mehldau, Kirk Whalum, Joshua Redman, Jane Monheit and countless others.

Maret grew up in Geneva, Switzerland, the son of a Harlem-born, African-American mother and a Swiss father. After studying at the prestigious Conservatoire Supérieur de Musique de Geneve he decided to undertake jazz studies at New York's New School University. Intending to return to Switzerland and a career as a teacher, Maret soon found himself working regularly with NYC's finest jazz musicians, and his decision to stick around for a year after graduation was extended indefinitely. Calls came quickly from bandleaders as diverse as Jacky Terrasson, Steve Coleman, and Meshell Ndegeocello, each of whose music required Maret to expand his vision of his own instrument, an ideal that continues to this day."It's always completely different," he says. "For every new project, I come to a place where I almost feel like a beginner again. So I start everything from zero to be in tune with whatever the music is calling for."