Issac Delgado is an artist that assumes challenges and considers music as a vital and inescapable experience. He has studied his roots, identity, history, culture and during his impressive artistic path, El Chevere de la Salsa has gifted us with the results of his lifetime work---incredibly rich, soulful, beautiful heritage of his musical homage to the land and the people of Cuba.

Issac Delgado is a familiar voice to those who follow the musical development in Cuba. Born into a theatrical and musical family in Havana, he began his artistic career in a band called Proyecto with the virtuoso pianist and composer, Gonzalo Rubalcaba. He eventually moved to Pacho Alonsos Orchestra and later to the Galaxia Group, recording two albums
with each group.

His fantastic work with N. G. La Banda, one of the most creative Cuban dance groups, attracted large audiences in Europe, Japan, and the United States. The groups 1992 release titled En la Calle included the number one world beat hit of the year, Necesito Una Amiga.

In 1991, Issac decided to form his own orchestra by scouting talented young musicians who were interested in starting a new stage in their artistic careers. Dando la Hora, his first album as a soloist, is a collectors item for tropical music lovers. It featured arrangements by Gonzalo Rubalcaba and the first computer synchronized horn section in salsa. Con Ganas, his second production, was also a resounding success.

Always in search of new horizons, in 1995 Issac Delgado joined the RMM International label, recording El Año Que Viene. This recording had an unprecedented impact on the salsa industry, earning him the opportunity to perform at one of the largest salsa festivals around the world: The New York Salsa Festival at Madison Square Garden with Celia Cruz, El Canario and Grupo Niche. His second RMM release Otra Idea recorded in New York, united the adventurous Afro-Cuban spirits of pianist Ivan Melon Gonzalez, arranger and songwriter Joaquin Betancourt with New Yorks most ardent practitioners of new Afro-Caribbean dance music, Isidro Infante, Johnny Almendra, Papo Pepin and Ruben Rodriguez. Mi Primera Noche, an avant-garde project that does not break the traditions of tropical music, followed this release in 1999.

By 2000, Issac was ready to produce his own recording. At Abdala, the state-of-the art recording studio in Havana, Issac delivered a well-balanced, powerful work. La Formula became an instant success and the number one song in Cuba. The album was called "El Malecon" in Cuba, but also known as "La Formula" while in distribution by Ahi-Nama Records. This production includes collaborations with Pablo Milanes, Juan and Samuel Formell of Los Van Van and once again, master pianist Gonzalo Rubalcaba. Issac pours his passionate, hard-hitting sounds and breaks into all the tracks. The Latin Music Recording Academy recognized this effort and nominated Issac for two Grammy Awards in 2001. The nominations were for Best Tropical Album and Best Tropical Song
for La Formula.

"Versos en el Cielo" was a well-received follow-up to "La Formula" featuring all the passion and complexity of his previous work along with a new lyrical sound. An authors disc that fused the beautifully crafted Cuban classics from the 70s Feelin movement with the reminiscence of Ruben Blades and Juan Luis Guerras work of the early 80s. Throughout the production is the unmistakable rhythm of Cubas Timba mixed with the New York Sound. Working with Issac in Havana was a dream-the arrangements by Juan Cerruto along with Issacs exacting vision made the sessions seem magical. It all came together effortlessly, stated Ralph Irizarri, the famed timbalero from Ruben Blades Seis del Solar. Other Seis del Solar members Mark Quinones, Arturo Ortiz and Ruben Rodriguez joined Irizarry in Havana for this unique production. In collaboration with multi-Grammy winner engineer Jon Fausty, it promised to be the next step in the evolution of Caribbean music.

By the end of 2005, El Cheveres new impeccable production "Prohibido" resulted in a mixture of flavors and experiences with the collaboration of musicians including Alain Perez, Juan Manuel Ceruto and
Luis & Roberto Farmer.

His last performance in Cuba in 2006 was a celebration at "La Cecilia", where he staged a private concert for friends and family to celebrate the fifteenth anniversary of
his solo career.

Frustrated by restrictions in Cuba, Issac and his family walked across the Mexican-USA border to launch a new phase of his career. Being here does not give me any greater control over things, such as whether I can get the radio to play my songs or not Delgado told the Los Angeles Times. The only thing I can control is myself and my willingness to work and expose my music a little more to the public, which will have the last word. Thats the biggest censor an artist can have----the public that listens
to your music.

Asi Soy, the title of his latest release recorded in Puerto Rico and Miami, is distinguished by great quality of the vocals and of excellent musical direction, Issac delivers his traditional salsa/timba fused with rhythms and romantic musical influences of pop along with the contemporary sounds of urban music. Delgado says: In sonority, this recording is still Cuban salsa, with Cuban color, but with a sound closer toand forthe US Latino, in New York, L.A., and Puerto Rico. Produced again by multiple Grammy-winner Sergio George (Tito Puente, Marc Anthony, Jerry Rivera) and another giant from the Puerto Rican salsa sound, Jose Lugo, (Gilberto Santa Rosa's long-time musical director and producer), confirming his ongoing stature as the future of tropical music (Los Angeles Times) The album and the song "Asi Soy" were nominated for Grammy that will take place in Las vegas on
November, 5th. 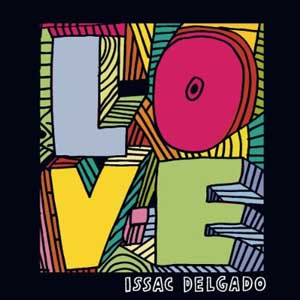 Sony Masterworks will release L-O-V-E by Cuban superstar Issac Delgado. On L-O-V-E, Delgado recreates 12 sultry and sexy Spanish recordings originally sung by crooner Nat King Cole. He does so with the help of a number of outstanding musicians including a special contribution by Nat King Cole's brother, Freddy Cole.This is the first time that Freddy Cole has participated in a tribute album for his brother.