Johnny Cash was a towering figure in 20th century American music, a minimalist with a booming Old Testament baritone who could wrench an abundance of power from stark settings. At first Cash was backed by guitar and bass; in the end it was simply guitar. But when a voice can tell a story with as much resonance as Cash's could, not much else is needed.

Cash's songs – from his early gospel recordings and the resonant outlaw-country of Fifties classics like "Folsom Prison Blues" to late efforts like his unlikely, gut-wrenching cover of Nine Inch Nails' "Hurt" – influenced not only his fellow country musicians, but also rockers from Bono to Bob Dylan. By turns those songs were laden with pathos, whimsy, regret, hope, lust, and fury; they always cut to the heart of its subject matter, whether it be God, love or the plight of prisoners and Native Americans. Cash led a tumultuous life, battling drug addiction, chaffing against orthodoxy, and doing things his own way. But by the end The Man in Black became an icon, a man who earns almost universal respect among music fans.

The son of Southern Baptist sharecroppers, John R. Cash was born in 1932 and began playing guitar and writing songs at age 12. During high school, he performed frequently on radio station KLCN in Blytheville, Arkansas. Cash moved to Detroit in his late teens and worked there until he joined the air force as a radio operator in Germany. He left the service and married Vivian Liberto in 1954; the couple settled in Memphis, where Cash worked as an appliance salesman and attended radio announcers' school. They had four daughters, the oldest being singer Rosanne Cash, who was born in 1955.

With the Tennessee Two (guitarist Luther Perkins and bassist Marshall Grant) he began recording for Sam Phillips' Sun label in 1955. The trio recorded "Cry, Cry, Cry" (Number 14 C&W, 1955), and followed it with "Folsom Prison Blues" (Number Five C&W, 1956). 1956 brought Cash's most enduring hit, the million-selling "I Walk the Line" (Number 17, 1956). At Sun, he was also part of an impromptu gospel sing-along with label mates Elvis Presley, Carl Perkins, and Jerry Lee Lewis that was widely bootlegged as The Million Dollar Quartet and finally released commercially in 1981 (on the U.K. label Charly).

His career fully established, Cash moved to Ventura, California in 1958, signing with Columbia, and beginning a nine-year period of alcohol and drug abuse. He released a number of successful country and pop hits, among them "Ring of Fire" (Number One pop, Number One C&W, 1963), written by June Carter of the Carter Family and Merle Kilgore. By then, he had left his family and moved to New York's Greenwich Village. Late in 1965 Cash was arrested by customs officials for trying to smuggle amphetamines in his guitar case across the Mexican border. He got a suspended sentence and was fined. After a serious auto accident and a near fatal overdose, Liberto divorced him. By then Cash had moved to Nashville, where he became friends with Waylon Jennings. Together they began what both have described as a drug-crazed year and a half.

But in Nashville, Cash began a relationship with June Carter, who by 1967 helped him kick his drug habit and reconverted him to fundamentalist Christianity. By the time Cash and Carter married in early 1968, they had been working together regularly. They had hit duets with "Jackson" (Number Two C&W, 1967), "Long-Legged Guitar Pickin' Man" (Number Six C&W, 1967), and versions of Bob Dylan's "It Ain't Me, Babe" (Number 58 pop, Number Four C&W, 1964) and Tim Hardin's "If I Were a Carpenter" (Number 36 pop, Number Two C&W, 1970).

Cash's 1968 live album, At Folsom Prison (Number 13), became a million-seller. Bob Dylan invited him to sing a duet ("Girl From the North Country") and write liner notes for Nashville Skyline, and in June of 1969 Dylan appeared in the first segment of ABC-TV's The Johnny Cash Show. The highly rated series, which lasted two years, developed a reputation as an eclectic showcase of contemporary American music, with guests ranging from Louis Armstrong to Carl Perkins to Bob Dylan to Joni Mitchell. Cash had a 1969 hit with Shel Silverstein's "A Boy Named Sue" (Number 2), a track from Johnny Cash at San Quentin; his best-selling album, the live album was Number One for four weeks.

In 1970 Cash performed at the Nixon White House. He and June Carter traveled to Israel in 1971 to make a documentary, Gospel Road Cash continued to tour and make hits through the Seventies, including "A Thing Called Love" (Number Two C&W, 1972) and "One Piece at a Time" (Number One C&W, 1976). He also became active in benefit work, particularly on behalf of prisoners, Native American rights, and evangelist Billy Graham's organization.

In 1982 Cash regrouped with fellow surviving Million Dollar Quartet members Carl Perkins and Jerry Lee Lewis to record The Survivors. Three years later Cash hooked up with Kris Kristofferson, Waylon Jennings, and Willie Nelson to form the Highwaymen, releasing Highwayman in 1985. The country supergroup performed together sporadically throughout the late Eighties and Nineties, recording Highwayman 2 in 1990 and Highwaymen: The Road Goes On Forever (produced by Don Was) in 1995.

Cash's 25-year relationship with Columbia Records ended in the mid-Eighties, and in 1986 he began an on and off relationship with Nashville's branch of Mercury Records. By the late Eighties, his long streak of country hits had ended, and Cash complained to an interviewer that he'd been "purged" from Nashville, replaced by contemporary "hat acts." He continued to perform constantly, however, usually with a package tour that included his wife and her sisters Helen and Anita Carter, as well as Johnny and June's son, John Carter Cash (other Cash and Carter siblings would sometimes show up too). Throughout these years, Cash turned to acting; as the years went by he participated in a long parade of Western-themed movies and TV shows. He also suffered from health problems and underwent heart surgery as well as drug treatment for an addiction to painkillers.

Already a member of the Nashville Songwriter's Hall of Fame (he has more than 400 songs to his credit) and the Country Music Hall of Fame, Cash was inducted into the Rock & Roll Hall of Fame in 1992. That year also saw the release of the critically acclaimed box set The Essential Johnny Cash. In 1993 he began his return to the forefront with a guest vocal on U2's Zooropa; he sang lead on the darkly haunting track "The Wanderer." The following year, Cash was toasted by alt-rock audiences with the release of American Recordings, on the label by the same name that was best known for its rap and rock artists. Label chief Rick Rubin's production emphasized Cash's brooding, deep vocals, backed by his own simple, but effective acoustic guitar. Featuring tunes by such artists as Nick Lowe, Leonard Cohen, and Tom Waits, the program veered from Cash's own "Redemption" to metalhead Glenn Danzig's "Thirteen." The move was the singer's boldest in years, revitalizing his artistry and earning him a sizable new audience. Appearing solo or backed by guitar, bass, and drums, Cash performed in several intimate venues that were a long haul from the summertime fairgrounds and theatre shows that he and June the Carters were used to playing. Though the album only reached Number 110 on the pop charts (Number 29 C&W), it received airplay on alternative-rock and college radio stations, and earned itself a wealth of critical raves.

In 1996 Cash released another well-received album, Unchained, on which he was backed by Tom Petty and the Heartbreakers and covered edgy songs by the likes of Beck and Soundgarden. The album won the Best Country Album Grammy, and Cash also garnered a Lifetime Achievement Award Grammy. Then, after experiencing dizziness and tremors in 1997, Cash was diagnosed with the degenerative nervous disorder Shy-Drager syndrome. He retired from the road and began treatments for his illness, but he kept giving interviews, kept working, and made some of the best music of his life.

In 1999 Cash was the subject of a televised tribute (featuring Dylan, U2, Springsteen, and others) and made his first public appearance since his diagnosis. In 2000 Cash's health seemed better, and his doctors were beginning to question if they'd made the right diagnosis. Cash released another critically acclaimed album, American III: Solitary Man, which won a Grammy for Best Contemporary Folk Recording. (It also brought him back to Columbia, which had begun distributing the American label.) In 2002, Cash's American IV: The Man Comes Around continued his commercial success with his rendition of Nine Inch Nails's cover "Hurt." The striking video for the song, directed by Mark Romanek, was awarded a Grammy for Best Video of the Year.

On May 15, 2003, June Carter Cash died while undergoing heart valve replacement surgery. Less than five months later, on September 12, Johnny Cash succumbed to respiratory failure due to complications from his long battle with diabetes. He was 71.

In 2005 Joaquin Phoenix starred as Johnny Cash in a biopic about the singer's turbulent and extraordinary life entitled Walk The Line. Reese Witherspoon played June. The Cash family homestead in Hendersonville, Tennessee, under the new ownership of Bee Gees singer Barry Gibb, was destroyed by fire in April 2007. Comprised of leftover tracks from the Cash-Rubin sessions, Volume V of the American Recordings series was released as A Hundred Highways in 2006; Volume VI: Ain't No Grave followed in 2010.

Just after Cash's death, Rolling Stone featured the singer on the cover of the October 16, 2003 issue. Among more than a dozen tributes to Cash in the issue – from Merle Haggard, Kris Kristofferson, Bono, Rick Rubin, Al Gore and many others – one of the most effusive came from a man not known for excessive praise: Cash's old friend Bob Dylan. "He is what the land and country is all about, the heart and soul of it personified and what it means to be here; and he said it all in plain English," Dylan said. "Listen to him, and he will always bring you to your senses." 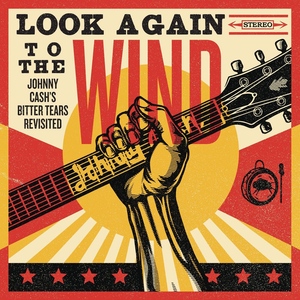 Of all the dozens of albums released by Johnny Cash during his nearly half-century career, 1964's Bitter Tears: Ballads of the American Indian was among the closest to the artist's heart. A concept album focusing on the mistreatment and marginalization of the Native American people throughout the history of the United States, its eight songs-among them "The Ballad of Ira Hayes," a #3 hit single for Cash on the Billboard country chart-spoke in frank and poetic language of the hardships and intolerance they endured.