Jon Batiste is an internationally acclaimed musician, bandleader, and composer. As an educator and television personality he spreads his unbridled optimism coupled with a profound understanding of the arts. Born into a long lineage of New Orleans musicians, Batiste is a graduate of The Juilliard School with a master's degree. After graduating, he toured globally with his band Stay Human and currently appears nightly on national television as the bandleader and musical director for "The Late Show with Stephen Colbert." A Grammy nominee for his 2018 release, Hollywood Africans, Jon is also a Forbes 30 under 30 honoree, Musical Director for The Atlantic and Creative Director for the National Jazz Museum in Harlem. Jon is also a coveted brand ambassador- featured in campaigns for Chase, Apple, Lincoln Motor Company, and numerous fashion brands including Bonobos, Ralph Lauren, Barney's, and Nordstrom. He has worked with famed photographer Annie Leibowitz, among many others, and his personal style has been profiled in various fashion publications including GQ, Vanity Fair, and Vogue. Batiste's mission is to share his faith, hope, and love with the world around him. 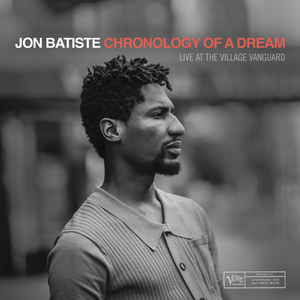 The inimitable musician and bandleader, Jon Batiste, sets to release Chronology Of A Dream: Live At The Village Vanguard on November 1. Recorded during his six-night residency in the fall of 2018, the live album is a follow up to his recent critically acclaimed release, Anatomy of Angels: Live at the Village Vanguard, and is part two of the two-part series.  You can listen to the first single "HIGHER" and pre-order the album here.

Anatomy of Angels and Chronology of a Dream are two sides of the same coin. Batiste explains, "My compositions on Chronology focus on thematic development within short form structures with memorable melodic themes, while Angels focuses on thematic development within longer form structures that are built for deconstruction, never to be played the same way twice."