For the world's leading opera houses, Juan Diego Flórez is very much the bel canto tenor of choice. His fluid, expressive singing and dazzling virtuosity make him ideal for the operas of Rossini, Donizetti and Bellini. His operatic and recital appearances at the most prestigious venues in the world have earned him the acclaim of critics and audiences alike.

Juan Diego was born in Lima on 13 January 1973. His father, Rubén Flórez, was a singer, who specialised in performing the criollo waltzes of Peruvian composer Chabuca Granda. Juan Diego inherited both his father's vocal talent and his love for Peruvian and Latin American music in general. His mother, María Teresa, another music-lover, gave him all the support in the world, encouraging him to persevere with his musical studies and stick to his goals.

To begin with, Juan Diego focused on pop, rock and Peruvian music. He wrote his own songs and sang live in the piano bars frequented by his schoolmates in the Barranco district of Lima. In 1989, the young singer won Peru's first Festival of Song for Peace, which was broadcast on TV nationwide.

He always felt that all good musicians, including folk musicians, should read and write music. That's why in 1990, having attended classes at various academies and taken his first singing lessons, he gained a place at Peru's National Conservatory of Music. At this point, he had not fully made up his mind to devote himself to classical music. By the end of his first year at the conservatory, however, the experiences of those first twelve months were beginning to shape his vocation. Shortly after beginning his studies there, Juan Diego began taking singing lessons with Andrés Santa María, director of Peru's Coro Nacional, of which he was to become a member. The Coro played a decisive part in his musical development, giving him the invaluable experience of performing music by the greatest composers at a professional level. He could not have hoped for a better start.

Keen to travel and to continue his education, Juan Diego then won a scholarship to the prestigious Curtis Institute of Music in Philadelphia. He studied there between 1993 and 1996, and had the opportunity to sing in a number of fully staged complete operas, with an orchestra, an excellent foundation for what was to turn out to be a spectacular career.

In 1994, Juan Diego met the celebrated Peruvian tenor Ernesto Palacio in Lima, an encounter which was to prove life-changing. He auditioned for Palacio, who apparently didn't seem overly impressed. Nonetheless, he did offer to help the young man get started as a professional singer, and invited Juan Diego to make a recording with him at the Gerace Festival in Italy (Martín y Soler's Il tutore burlato). Juan Diego visited Italy several more times, including a trip in 1995 to make a second recording with Palacio (Zingarelli's Le tre ore dell'agonia).

Palacio's vocal advice had an immediate impact on the young tenor, who began to sing with noticeably more ease and expressivity. His teachers at the Curtis Institute were quick to note, with approval, Palacio's influence. The innate characteristics of Juan Diego's voice, qualities such as flexibility and a seemingly effortless ability to hit the high notes, destined him for the bel canto repertoire and, in particular, the operas of Rossini. Palacio realised this from the start, and guided the younger singer towards these works.

In 1996, Juan Diego auditioned in Bologna for the Rossini Opera Festival in Pesaro, and was immediately cast by its Artistic Director in a small role in Ricciardo e Zoraide. He never sang this part, however, because events were about to catapult him into the firmament of the international opera world.

It was summer 1996. Juan Diego was already in Pesaro, rehearsing for Ricciardo e Zoraide. Shortly before the Festival's opening night, the tenor who was due to sing the leading role of Corradino in Matilde di Shabran had to pull out because of illness. The organisers began a desperate search for a stand-in who might be up to the challenge – a less than easy task, given that this was a little-known opera, the first night was only days away, and Corradino is a very difficult role to sing. It was then that Artistic Director Luigi Ferrari offered the part to the twenty-three-year-old Juan Diego. The tenor was keen to accept on the spot but, showing admirable professionalism, asked Ferrari to give him some time over lunch to go through the score, after which he would say yes or no. He was so excited he could barely eat – after reading through just two pages, he went to Ferrari and said accepted the offer.

With that, the wheels were set in motion to prepare him for the imminent first night. Juan Diego had to rehearse before he'd even had time to learn the music, with the help of prompts from assistants and pianists. After a frenetic few days, the eagerly awaited first night arrived: 13 August 1996. It was a huge hit, and marked the start of his stellar career.

From that moment onwards, opera houses around the world set their sights on the young tenor, including the most famous of all: La Scala, Milan. Juan Diego made his La Scala debut on 7 December 1996 – a significant date, in that it was the opening night of the season – under the baton of Riccardo Muti, who was to be a key influence on the tenor over the next few years. Juan Diego had visited La Scala a few months earlier and, gazing out across the auditorium from one of the boxes, had said, with great prescience, "I'll be singing here within ten years". He could never have imagined that he'd be starring there just ten months later.

Since 2001 Juan Diego has been an exclusive Decca artist, and has recorded 8 solo recital albums, 4 complete operas on CD and 6 on DVD. In total, including his discs for other companies, he has recorded 8 solo albums, 12 complete operas on CD and 11 on DVD, and made another 7 albums that fall into other categories, such as cantatas or oratorios. His recordings have won many awards, including the Choc du Monde de la Musique, Diapason d'Or, Echo Klassik Preis, Cannes Classical Award, Gramophone Award and a Grammy nomination for the album Bel Canto Spectacular.

In 2007, Juan Diego made history at La Scala when he broke a 70-year-old taboo and gave  the first encore in the theatre since 1933, much to the audience's delight. The aria in question was "Ah! mes amis" from Donizetti's La Fille du régiment, renowned for its nine high Cs. He repeated the feat a few months later, in 2008, at the Met, again after a number of years in which no encores had been heard, and in 2012 at the Opéra de Paris, where no encores had been heard since its inauguration in 1989.

Juan Diego has received a number of awards, including the Rossini d'Oro, the Abbiati Prize given by the Italian Association of Music Critics, the Tiberini d'Oro, the ISO de Oro, the Opera Award and the Aureliano Pertile, Bellini, Francesco Tamagno and Plácido Domingo Awards.

He has also been recognised with the following honours:

2003 – Honorary Member of the University of the Pacific (Peru)

2009 – Honorary Professor of the UPC (Peruvian University of Applied Sciences)

2012 - Goodwill Ambassador for UNESCO, the cultural agency of the United Nations

Juan Diego has always maintained a close relationship with his native country, which has awarded him its very highest distinction: the Order of the Sun, Grand Cross. He has also set up a foundation in Peru with the aim of encouraging the creation of children's and youth orchestras and choirs on a national level. The project is inspired by the Venezuelan "Sistema", and its central aim is to help poor and vulnerable children and young people to avoid the many dangers they face in their day-to-day lives: drugs, delinquency, exploitation and prostitution, etc.

In 2004, the Peruvian Postal Service, Serpost, issued a stamp in his honour. Three years later, in 2007, the UPC published a book about Juan Diego's career to date, written by Gustavo Rodríguez.

On 5 April 2008 Juan Diego married Julia Trappe in Lima Cathedral in a ceremony officiated over by Cardinal Juan Luis Cipriani. The wedding was a national event and crowds flocked to the Peruvian capital's Plaza Mayor to catch a glimpse of the couple. The ceremony was also broadcast live on TV.

Juan Diego is an Audi partner, and an interview with him appeared in the company's 2008 Annual Report.

He is also part of the "Zegna and Music" project as a musical ambassador for Ermenegildo Zegna.

His hobbies include football, tennis, cooking and composition. Juan Diego has written two pieces in the Peruvian genre known as the huayno. The first is the Huayno Peruano Navideño, which was performed in the Vienna Konzerthaus in 2007 by the Vienna Radio Symphony Orchestra and the Vienna Boys Choir. The second, Santo, was written for the album of the same name in 2009. 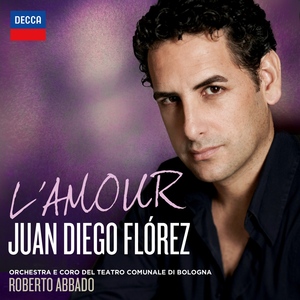