Katie Melua was born in Georgia (former USSR) in 1984 growing up in the capital Tbilisi and later the seaside town of Batumi. The family left Georgia when Katie was 8 and moved to Belfast due to her father's profession as a heart surgeon. When Katie told this to one of her teachers later on in England he described the move as: "from the frying pan into the fire". She never really viewed it as that because she had a great childhood both in Georgia and Northern Ireland. Katie found the people in Northern Ireland extremely warm and made great friends at St. Catherine's Primary School and Dominican College, Fortwilliam - Katie went to catholic schools in Northern Ireland while her younger brother went to a protestant school.

Katie didn't always want to be a singer or songwriter. Her ambition when she was thirteen was to be a politician or a historian "I honestly thought I'd be able to bring peace to the world.... If I ruled it!" The family lived in Belfast for five years before moving to South East London When Katie was fifteen she entered a TV talent competition called Stars Up Their Nose - singing Mariah Carey's "Without You". Despite just entering for fun, she won the competition (the prize was a bedroom makeover and an arm chair for her dad) and also gained valuable experience by performing live on ITV three times.

After her GCSEs Katie joined the Brit School for Performing Arts where she undertook a BTEC and Music A-level. "A friend of mine had already enrolled and it sounded like a good place ... and it was free!" During her time at the Brits she discovered different styles of music including Queen, Joni Mitchell, Bob Dylan, Irish folk music and Indian music. On hearing an Eva Cassidy song Katie was blown away and when she discovered that Eva was no longer alive wrote the song 'Faraway Voice'
as a tribute to her.

The composer and producer Mike Batt paid a visit to the school looking for musicians to form a jazz band. At the last minute Katie decided to perform 'Faraway Voice' and Mike realised that he had found someone very special: "Artists like Katie don't come along very often, she is a true original". Katie signed to Batt's record label Dramatico but stayed at the Brits to complete her studies she graduated with distinction in July 2003.

Katie and Mike teamed up in the studio where Mike's wealth of experience and proven song-writing ability worked brilliantly with Katie's fresh approach, unique view of life and exceptional voice. The resulting album housed original songs by both Katie and Mike as well as some carefully selected covers.

Her sensational voice caught the attention of Terry Wogan who, as he did with Eva Cassidy, chose to pioneer Katie, playing the single 'The Closest Thing To Crazy' throughout the summer of 2003. Michael Parkinson had also picked up the mantle giving her frequent air-time on his show. The release of the single saw Katie achieve her first hit single entering the charts at number 10.

Music, both the creation and performance is obviously a deep passion for Katie: "I started writing songs in 2001 and have, with my parents help, a small studio set up at home. I strongly believe that music should be performed live and that great artists are original and talented in their music performance. I always get a warm feeling when I see someone holding a guitar or violin case on the street. It's like I know I'd get on with that person. I always smile and say hi!"

The end of 2003 was a very exciting time for 19 year old Katie. She was invited to perform at the Royal Variety, where she met the Queen who said 'I have heard your record on the radio, it is very nice'. In November 2003 Katie headlined her own gig at the Shepherds Bush Empire ("Melua stunned the audience into silence with warm pure jazz vocals" - The Times), it was here that her new fans really could see her natural talent for performing.

Her debut album 'Call Off the Search' was released in Britain in November 2003 and in January 2004 hit number 1 in the album charts knocking Dido off the top spot where it stayed for three weeks. Temporarily deposed by Norah Jones, Katie returned to the top spot again where she stayed for a further
three weeks.

At the end of February 2004 Katie embarked on her debut live tour in which she played 14 dates, she said "I love walking out on stage and connecting with my band and the audience, there's nothing like it". As well as playing large gigs Katie also enjoys the smaller acoustic venues, such as London's 12 Bar and the Enterprise, as she appreciates the intimacy. At the other end of the scale, Katie and Jamie Cullum performed a superb version of the The Cure's 'Love Cats' at
the Brit Awards 2004.

September saw Katie heading to continental Europe for her live tour after which she returned to the UK for her second British live tour. Katie performed on the Late Late Show in America in January 2005 and embarked on her second US tour. A special edition of the 'Call Off The Search' album, which includes a bonus 70 minute DVD, was released in October to coincide with the tour. December 2004 saw a download only special release of 'Belfast (Penguins and Cats)', 'My Aphrodisiac Is You' and an exclusive recording of 'Have Yourself A Merry Little Christmas'.

Katie joined the line up for the Band Aid 20 single to record a new version of 'Do They Know It's Christmas'. As an ambassador for Save The Children this was particularly poignant for Katie. Katie was also asked by Sharon Osbourne to join the recording of Eric Clapton's beautiful song 'Tears In Heaven' as a fundraising single for the Tsunami appeal.

'Call Off The Search' has scored top 10 positions throughout Europe and has been certified gold in Holland, Hong Kong and Switzerland, Platinum in Denmark, New Zealand and Australia, 2 x Platinum in Germany, Ireland, Norway and South Africa and received the IFPI double Platinum Award for 2 million European sales. In March 2005 'Call Off The Search' hit the number 1 spot in Denmark, a year after its initial release and became a top five album in Japan.

Katie was awarded Best International Newcomer at Germany's ECHO Awards in April 2005. In Britain Katie was the highest selling female artist in 2004 'Call Off The Search' has now sold 1.8 million copies
and is 6 x Platinum.

In March 2005 Katie was invited by Nelson Mandela to perform at his 46664 concert in aid of Mandela's AIDS foundation. In addition to performing a full live set, Katie joined Queen on stage to perform a moving version of Too Much Love Will Kill You. Katie flew from South Africa to Sri Lanka where she experienced the work that is being done by Save The Children, particularly with child soldiers.

In August Katie and her family swore allegiance to The Queen and became British Citizens following a ceremony in Surrey, England. Katie was recently invited to perform at the Royal Wedding of Prince Pieter-Christiaan in Holland and at the Norwegian Royal Gala Concert in the presence of the Crown Prince Of Norway. Continuing the royal theme, the American TV show Good Morning America recently broadcast live from Buckingham Palace and Katie was invited by the show to perform 'Nine Million Bicycles'
and 'The Closest Thing To Crazy'. Katie
performed at the Nobel Peace Prize
Ceremony in Norway.

In between her overseas travel Katie recorded her new album, 'Piece By Piece', which was released in Europe on September 26th 2005. The album comprises more self-penned songs including the title track as well as a cover of the 1987 Cure hit 'Just Like Heaven' that Katie had recorded for a new
DreamWorks film starring
Reese Witherspoon

The first single, 'Nine Million Bicycles', preceded the album release and gave Katie her highest UK single chart entry at number 5. One week later and Katie entered the UK album charts at #1 and Europe swiftly followed with the album reaching #1 in Norway, Denmark and Holland, #2 in Ireland, #2 in Iceland, #3 in South Africa, #4 in Poland and #5 in Germany giving an overall chart position of #2 on the Billboard European
Top 100 Chart.

Once again Katie was pronounced the highest selling female artist in Britain in 2005 selling more than 1 million albums.

The next single to be released from the album is the self-penned 'Spider's Web' in April 2006. 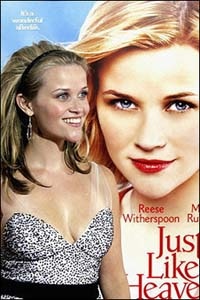 Have Yourself A Merry Little Christmas

Call Off the Search