Contemporary virtuoso pianist, collaborator, composer, arranger, producer, educator, Yamaha Artist, multiple Grammy® nominee and 2010 Grammy® winner Laurence Hobgood has enjoyed a multi-faceted and dynamic career. Recognized for his dazzling piano technique and his signature style of composing and arranging, he's been transporting audiences both at home and abroad for over thirty years.

Coming from an arts family (his father was a celebrated teacher of theater and his mother an accomplished Appalachian folk artist), Laurence started playing piano before he could walk. He began formal classical study in first grade in Dallas, Texas, where his dad was chairman of the Theater Department at Southern Methodist University. When his father accepted the equivalent position at University of Illinois the family moved to Urbana; this is when Laurence transitioned to studying jazz -- and never looked back.

It would be an understatement to say that the jazz/music scene at U. of I. during these formative years was amazingly fertile and had a huge impact on Laurence's musical direction and philosophy. Highlights include three years in the #1 U. of Illinois Jazz Band led by the iconic John Garvey; private classical study with British classical pianist Ian Hobson (from whom Hobgood learned his technical system/approach); study and close friendship with Sicilian-born master 20th century composer -- and ultimately Hobgood's compositional mentor -- Salvatore Martirano; and countless nights at the still renowned Nature's Table, the small, 7-night-a-week jazz club where Hobgood cut his teeth. Hobgood first heard many of his main early influences perform there, including Chicago saxophone legends Ed Peterson and Ron Dewar and pianist John Campbell.

Urbana's proximity to Chicago led him there in 1988 and he was quickly absorbed into the scene, playing in groups with legendary Chicago musicians such as Von Freeman, Paul Wertico, Ed Peterson, Fareed Haque, Wilbur "the Chief" Campbell and Eddie Johnso,n among others. (It was also there in 1993 where he encountered a young, yet unknown singer named Kurt Elling.)

Hobgood was awarded three consecutive fellowships ('90, '91, '92) to perform in the Aspen Music Festival. The Chicago Tribune honored him as a 1995 Chicagoan Of The Year in the Arts. That same year, Elling's first CD, Close Your Eyes, released by Blue Note (and which Hobgood produced, played on and wrote for) garnered a Grammy® nomination, a pattern which continued with every project Elling released throughout their eighteen-year collaboration. 2009's Dedicated To You: Kurt Elling Sings The Music Of Coltrane and Hartman, recorded live at Lincoln Center, won the 2010 Grammy® Award for Best Vocal Jazz Record, with Hobgood receiving one of the coveted statues for his work as producer.

In 2003, Hobgood received ASCAP's Deems Taylor Award, given for outstanding music journalism, for his article 'The Art Of The Trio' published by JazzTimes magazine.

His 2007 CD When The Heart Dances (Naim), a duet recording with iconic bassist Charlie Haden, has received worldwide critical acclaim, garnering 4-star reviews from Downbeat and the UK's Mojo magazine among others.  From the Mojo review:

Alert listeners have known for years that Kurt Elling's long-time accompanist- collaborator Hobgood is one of the best pianists of his generation. He's joined here by bass legend Charlie Haden on a sumptuous, elegiac set of duets, beautifully played.

Hobgood's February 2012 release, PoemJazz (Circumstantial), is an adventurous collaboration with poet Robert Pinsky, the only three-term U.S. Poet Laureate. It features Pinsky's energetic readings of his poems, with an emphasis on musical phrasing rather than dramatic phrasing,  coupled with Hobgood's engaging, thematic improvised accompaniment, played live in studio simultaneous with Pinsky's recitations. (A second PoemJazz CD, House Hour, was released in 2014.)

For most of this beautifully recorded album, he's alone at the piano, unspooling solemn reveries after the example of his north star, Keith Jarrett.

And the Chicago Tribune's Howard Reich wrote: Can overplayed holiday repertoire be transformed into art? It can when Hobgood is at work, the pianist turning in one of the most appealing recordings of an already distinguished career with ‘Christmas.'

In February of 2016 Hobgood released a new trio CD, Honor Thy Fathers (Circumstantial), with bassist John Patitucci and drummer Kendrick Scott. Recorded at New York's legendary Sear Sound, the album features original compositions and innovative arrangements of standard and popular tunes (for example, Stevie Wonder's 'If It's Magic' as an up-tempo burner), each dedicated to one of Hobgood's personal inspirations.

In his JazzTimes review of the CD Michael J. West wrote:  It's easy to hear similarities between Laurence Hobgood's piano and that of Brad Mehldau... The album is a sublime statement - perhaps the first of 2016.

And Howard Mandel wrote this in the CD's DownBeat review: Overall the ambiance is warm, dark and reflective, which is not to discount the Hobgood's strategically big, broad voicings, streaming glissandi and consistently perfect articulation.

Hobgood will principally tour this material with his working trio which features dynamic New York musicians Jared Schonig on drums and Matt Clohesy on bass. Performing an early preview of the CD's program in October of 2015, this group received high praise from the Chicago Tribune's Howard Reich:

The most important takeaway from this occasion, though, was not so much the persuasiveness of Hobgood's pianism or the musicality of his arrangements, which are well-known, but the alacrity of this trio. Just as ‘Honor Thy Fathers' can be considered Hobgood's strongest recording to date, this band may provide his best musical forum yet, opening a major new chapter in his career.

" t e s s e t e r r a"  is writing for the trio and string quartet - in this case the string quartet ETHEL, the same group that played on the Grammy®-winning CD Dedicated To You. The repertoire is all iconic songs intricately arranged and orchestrated for this ensemble by Hobgood (the writing spanned four and a half years of work). From Hoagy Carmichael to Crosby, Stills and Nash; Sting to Cole Porter to Paul McCartney and even Chopin, the music dances with energy - totally accessible, replete with elements of jazz/classical crossover, the recording is both ambitious and totally engaging.

(Also of interest, the cover art for "t e s s e t e r r a"  will be a painting by world-renowned modernist Alex Katz and the liner notes are written by Robert Pinsky.)

Hobgood has performed with his own groups, Elling and others at Carnegie Hall, Lincoln Center, John F. Kennedy Center for the Performing Arts, Ozawa Hall at Tanglewood, Chicago's Symphony Center and Ravinia, the Sydney Opera House, London's Barbican and Queen Elizabeth Halls, as well as the world's most prestigious jazz festivals including Montreaux, North Sea, Monterey, Spoleto USA, Newport, Umbria, Montreal, JVC festivals in Paris and Japan and many others. Hobgood also appeared with Elling at the 2009 State Dinner given at the White House where President Obama welcomed India's Prime Minister Manmohan Singh. 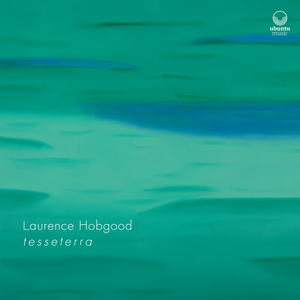 "Hobgood's orchestration definitely brings a classical element to the project, while the trio's shining interactions represent the very idea that jazz improvisation is less about what's being played and more about how it's being played."
- Matt Micucci, Jazziz Magazine

"Hobgood has produced here an exceptional debut album for the ever-burgeoning Ubuntu Music label, which augurs very well indeed both for the pianist and the record company." - Roger Farby, All About Jazz

"Laurence Hobgood's new album is grounded in a deep and rich musicality that rewards frequent and multiple listenings like nothing I've heard in decades. It is at different times surprising, thought-provoking, nuanced, and always exquisite . . . tesseterra should be on every station and streaming services playlists for years to come."  - Daniel J. Levitin, Author, "This Is Your Brain On Music"

"Laurence Hobgood's new album is grounded in a deep and rich musicality that rewards frequent and multiple listenings like nothing I've heard in decades. It is at different times surprising, thought-provoking, nuanced, and always exquisite. What do Debussy, Ravel, Miles Davis and Johnny Cash have in common' They were all superb crafters of melody, harmony and rhythm who decided, as Hobgood does here, to explore texture-driven music, elevating timbre and orchestration to equal standing with their better known musical accomplices. Hobgood is continually pulling rabbits out of hats, getting me to rethink and re-feel songs I've heard thousands of times, shining a light on hidden structure and interplays I had never noticed before. Anyone who can sneak in a few bars of  "I've Found a New Baby" has got me hooked. From meter shifts to harmonic innovation and textural elegance, tesseterra should be on every station and streaming services playlists for years to come."