Hailed as the most influential composer of his generation, electro-acoustic polymath Max Richter defies definition: composer he may be, but he is also pianist, producer, remixer, and collaborator, and beyond argument one of the most prolific of contemporary musical artists.

Inspired equally by Bach, punk rock and ambient electronica, Richter's sonic world blends a formal classical training (he graduated from the Royal Academy of Music, and was a pupil of renowned composer Luciano Berio) with modern technology. His unique and distinctive brand of heartbroken melodicism bridges the minimalist greats with pioneering electronics and the contemporary digital music production multiverse. Time Out has remarked on the ‘overwhelming emotional power' of his work, the New Statesman has noted its ‘astonishing depth and beauty' while Classic FM and Pitchfork have called it ‘stunning' and The Guardian ‘languorously transcendent'.

Over the years Richter has become best known for his genre defining and highly influential solo albums which have given rise to and are seen as ‘landmarks' (The Independent, Pitchfork) of the ever burgeoning ‘neo- classical' movement, but his monumental collaborative output also encompasses concert music, operas, ballets, art and video installations, and multiple film, theatre and television scores.

Art Collaborations include work with photographer Darren Almond at the White Cube, with Julian Opie on McGregor's ballet INFRA, and with visual art collective Random International on Rain Room at the Barbican and MoMA, and Future Self at Lunds Konsthall in Sweden.

Signed as an exclusive artist to Deutsche Grammophon, Max Richter's projects for 2015 include his new solo album following on from his bestselling ‘Recomposed: Vivaldi's Four Seasons' for which he received the ECHO Klassik Award in 2013. In 2015 Max will also see the premiere of Woolf Works his new full length ballet for choreographer Wayne McGregor and The Royal Ballet at Covent Garden on the life and works of Virginia Woolf, which The Independent noted ‘looks set to be one of the most ambitious shows of the year' and The Guardian forecasted to be ‘one of the highlights' of the Opera House Season. 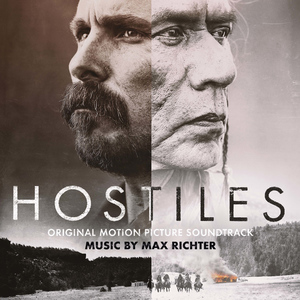 The latest film from director Scott Cooper (Crazy Heart), Hostiles stars Christian Bale as a legendary Army captain in 1892 who reluctantly agrees to escort a Cheyenne chief (Wes Studi) and his family through dangerous territory. The Hostiles soundtrack features music by composer Max Richter (The Leftovers, Sleep). Richter has received both Grammy and Emmy nominations for his work in film and television. Recent awards include The European Film Academy Award for Waltz with Bashir, the International Film Music Critics Award for The Leftovers, and a German Film Award and Australian Film Critics Award for Lore.