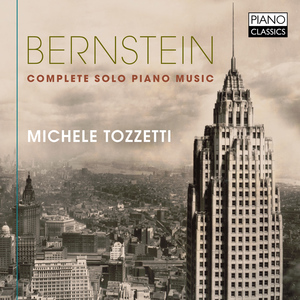 In the annals of American music, there is no other figure quite like Leonard Bernstein (1918-1990): conductor, composer, pianist, teacher, and media star. "Lenny," as his friends called him, was, from the 1940s onward, a durable part of the American fabric, the last classical artist ever to become a household name in the United States. Though widely celebrated-especially for his popular theater works, of which West Side Story is the enduring masterpiece, and for his presence on television as the nation's most renowned musical educator-his fame was not achieved without a great deal of controversy.

Even Bernstein's conducting, regarded by many musicians as thrilling, received decidedly mixed reviews. "He would perform as Music Director of the New York Philharmonic on Thursday," said conductor John Mauceri, whom Bernstein mentored, "and read how terrible it was over breakfast on Friday." When the Vienna Philharmonic crowned him as the anti-Karajan-setting his passionate, effusive style as a foil against that of the dictatorial, perfectionistic conductor Herbert von Karajan, it settled the matter. Leonard Bernstein's classical compositions similarly sparked debate. His detractors claimed that he often strove too hard for profundity, sacrificing the immediacy and direct communication he achieved so easily with popular audiences, in order to be recognized as "serious." Yet, even in his most academic strivings, his lyrical gifts are always in evidence.

His piano pieces reflect all these strands of his multifaceted personality, in works as different as Touches (1981)-heavily influenced by Aaron Copland's thorny Piano Variations (a piece the young Bernstein studied and frequently performed, finding its sound world to be "prophetic, clangorous, fiercely dissonant," and "intoxicating")-and, on the other side of the scale, his often tender, sentimental Anniversaries, miniatures written in commemoration of important people in his life. Taken together his piano works form a musical diary tracing the breadth of his experiences and ideas. And the smaller piano pieces often preview bigger things to come.

For example, Ilana the Dreamer, the first of the Four Sabras (1950) became foundational material for Bernstein's stage musical, Candide. Four of his Five Anniversaries (1949-51) appear as themes in his violin concerto, the Serenade after Plato's "Symposium." For Susanna Kyle, also from Five Anniversaries, was used in the score of the Broadway musical, Peter Pan. And Dina, The Tomboy Who Weeps Alone, from Four Sabras, can be heard in Bernstein's score for the film, On the Waterfront. Reshaping materials he had already used was a common practice for Bernstein, who delighted in finding fresh ways of looking at the familiar.

The personal commemorations he created were not really portraits, in the way that Virgil Thomson's musical depictions were. Thomson, sitting with a stack of music paper in his lap-much as an artist might hold a pad of drawing paper-would scrutinize his subjects and come up with a tonal "likeness." Bernstein's musical illustrations are, in a sense, self-portrayals, revealing different aspects of his own multi-faceted personality. To play these works well requires an understanding of the various elements that made up the Bernstein persona.

Michele Tozzetti accomplishes the task brilliantly. He finds the heartfelt tenderness in Ilana, the Dreamer, brings out the Jewish elements in Idele, the Chassidele and animates the dance rhythms of Yosi, the Jokester (likely meant as a tribute to cartoonist Yossi Stern). The spirit of Aaron Copland hovers over all of this music; in the Anniversary dedicated to him, For Aaron Copland (in Seven Anniversaries, 1943), Tozzetti captures the sound and spirit of the man Bernstein called "my first friend in New York, my master, my idol, my sage, my shrink, my guide, my counselor, my elder brother, [and] my beloved friend." The pianist reveals a delicate sense of sonority along with exquisite dynamic control in For Paul Bowles, and musters the perfect aggressive edginess to bring to life For Sergei Koussevitzky. He injects youthful vigor into Bernstein's Sonata (1937), a probing work rich in counterpoint, written when the composer was still a student.

Many of the dedicatees who populate this collection are unknown to the public. These include the four named Sabras (definition: a sabra is a cactus-type plant with thorns on the outside and sweet flesh within, a term applied to native-born Israelis), and, in the Anniversaries, numerous family members, old friends and colleagues. But some of the citations represent important personages: Bernstein's wife, actress Felicia Montealegre; jazz pedagogue Johnny Mehegan; composers David Diamond, Sergei Koussevitzky, William Schuman, Lucas Foss, and Stephen Sondheim; writer Paul Bowles; and pianists Claudio Arrau, William Kapell and Leo Smit. (The piece in Thirteen Anniversaries (completed 1988) originally dedicated to Arrau actually commemorated the date when Bernstein met his future wife at an Arrau reception; it was later retitled, For Felicia, On Our 28th Birthday (& Her 52nd). Helen Coates, Bernstein's childhood piano teacher and, later, his secretary, was a formidable presence in the composer's life, described by Bernstein's one-time assistant, Jack Gottlieb as an "iron fist in a velvet glove." Her theme in Thirteen Anniversaries became the Sanctus in his Mass.

Also on this recording are Non Troppo Presto, a manuscript discovered in the Leonard Bernstein archive at the Library of Congress; and Touches: Chorale, Eight Variations and Coda, commissioned by the Van Cliburn Piano Competition as a required work for the competing pianists in 1981. Its bluesy chorale is identical to Virgo Blues, written for his daughter, Jamie on her twenty-sixth birthday in 1978. Bernstein dedicated this work "to my first love, the keyboard." In Michele Tozzetti's hands, that love is beautifully realized.  - Stuart Isacoff