Born in 1986, Ólafur Arnalds hails from the suburban Icelandic town of Mosfellsbær, just a few kilometres outside of Reykjavík. He has immersed himself completely in a world of delicate symphonic compositions generating near weightless orchestral pieces. Arnalds explores the crossover from classical to pop by mixing chamber strings and piano with discreet electronics which makes him a perfect fit for cinematic music label Erased Tapes. His motivations are clear: 'The classical scene is kind of closed to people who haven't been studying music all their lives. I would like to bring my classical influence to the people who don't usually listen to this kind of music…open people's minds.'

Through relentless touring and determination this young artist has steadily gained recognition worldwide since his 2007 debut 'Eulogy for Evolution'. His 2008 follow-up EP ‘Variations of Static' earned Ólafur acclaim from both the contemporary and classical field – transcending a traditional divide. He has sold out some of the world's most renowned music venues including Barbican Hall in London and has been awarded‘Best Live Session of 2008' by BBC Radio 1 presenter Gilles Peterson.

Over the past eighteen months Arnalds has advanced from a former support-act for Sigur Rós to an internationally respected artists in his own right. In April 2009 Arnalds created the 7 song series 'Found Songs' – recording a song a day for 7 days and instantly making each track available via Twitter and the official Erased Tapes website with over 300.000 people downloading for free.

Ólafur Arnalds' second full-length album '...and they have escaped the weight of darkness', continues his mission to lure an indie-generation of pop and rock fans into an emotive world of beguiling electronic chamber music and delicate classical arrangements. The sense of an organic crossover recording is reinforced by the involvement of co-producer Barði Jóhannsson of eccentric pop/rock/electronica-formationBang Gang. Those expecting a mere continuation of the minimal melancholia of his previous albums are in for a surprise, as the record may be the most uplifting and richly orchestrated work of his career.

'Hotwired to the soul. ...will reduce you to wordless tears' – The Quietus

'Arnalds' boldest and most ambitious take… the robust yet ethereal, mid-tempo tearjerker …And They Have Escaped the Weight of Darkness is a success for the composer' (7.0) – Pitchfork

‘Keep an eye on Arnalds. He will only increase in importance' (86%) – Filter

‘This 23-year-old Icelandic composer casts a haunting spell… This is beautifully crafted neo-classial music, with an emphasis on mood as much as melody' – Music & Musicians

‘In the growing canon of "home classical" works, Arnalds has added another benchmark' – Exclaim!

‘Olafur Arnalds has already made a name for himself as a musical maverick who skirts the edges of the classical, rock, electronic, and avant-garde worlds with enthusiastic ease, a Nico Muhly with a higher tolerance for cold weather, if you will… breaking new ground… showing the rock crowd that they too have a point of entry into this music' (7/10) – All Music Guide

In March 2010 he embarked on his first ever China Tour, which included sold-out shows in Shanghai, Hong Kong and Beijing, and a live webcast watched by thousands of fans all round the world. On July 1st 2010 Ólafur Arnalds will be performing the world premiere of his new album with brand new arrangements for a full-blown symphony orchestra at Manchester's Bridgewater Hall. André de Ridder, who previously worked withNico Muhly and Damon Albarn, will be conducting the RNCM Symphony Orchestra. Ólafur will continue touring the rest of the world throughout the year to promote the new album release.

The new album '...and they have escaped the weight of darkness' has been released worldwide on May 8, 2010 via Erased Tapes Records.

'The work is a fascinating collaboration' (4/5) – Guardian

some kind of peace 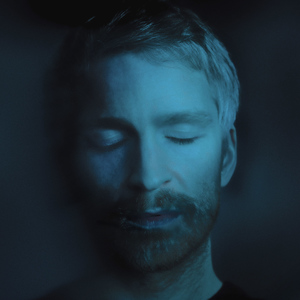 'some kind of peace' is the stunning new album from the ground-breaking composer and producer Ólafur Arnalds, available now on Mercury KX. The record features a brand new track 'The Bottom Line' ft. Josin, alongside a beautiful video featuring the work of Japanese flower artist Azuma Makoto out today, and 'Loom', Arnalds' collaboration with Bonobo. Also out now is 'finding some kind of peace', a very special behind the scenes film about the new album.

Ólafur has been confirmed as the closing act for Iceland Airwaves' virtual festival, ‘Live from Reykjavík', on November 13th, where he will perform mostly new material played live for the very first time. Ólafur's music will also play a major role in the forthcoming Netflix documentary on Shawn Mendes, 'In Wonder', which is set to be released on November 23rd. Ólafur has also recently surpassed a staggering 1 billion streams, an incredible milestone for the Icelandic multi-instrumentalist.

some kind of peace