He is revered for the pure, gentle tone of his alto saxophone, and the elegant lyricism of his improvisations. For seventeen years he was the lead soloist in the most commercially successful jazz combo ever, the Dave Brubeck Quartet. In an era that worshipped the frenetic, bebop style of Charlie Parker, Paul Desmond found his own sound, a tone that he claimed imitated a "dry martini." It was a sound that made him a favourite with critics and fans alike, and won him jazz poll after jazz poll. "I have won several prizes as the world's slowest alto player, as well as a special award in 1961 for quietness." He was a modest, retiring man, known to his friends for his wit and charm. Twenty years after his death from cancer, his music still sells, is still played, and still moves people. 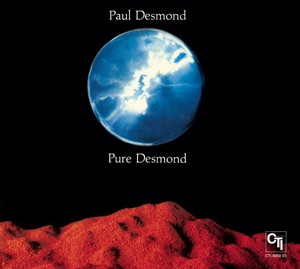 With a dry tone, and unhurried phrasing definitive of the emergent West Coast Cool-a relaxed alternative to the edgier hard bop coming from New York-alto saxophonist Paul Desmond had already made a name for himself with pianist Dave Brubeck's quartet on the legendary Time Out (Columbia, 1959). Desmond also wrote the tune that became Brubeck's signature, "Take Five," and, while he passed away too young at the age of 52 from lung cancer, he's left behind a relatively small but significant legacy of recordings that have sometimes become overlooked with the passing of time.