Pedro Pablo "Pedrito" Martinez was born in Havana, Cuba, Sept 12, 1973. Having settled in New York City in the fall of 1998, by 2000, he had been awarded the Thelonius Monk Award for Afro-Latin Hand Percussion and was featured in the documentary film, Calle 54.

Pedrito has recorded or performed with Wynton Marsalis, Paul Simon, Paquito D'Rivera, Bruce Springsteen, and Sting and has contributed, as a percussionist and vocalist, to over 50 albums. Mr. Martinez was also a founding member of the highly successful, Afro-Cuban/Afro-Beat band, Yerba Buena, with which he recorded two albums and toured the world.

Pedrito's career as a leader began in 2005 with the formation in NYC of The Pedrito Martinez Group. The group's Grammy-nominated first album was released October, 2013 and was chosen among NPR's Favorite Albums of 2013 and The Boston Globe Critics Top Ten Albums of 2013. 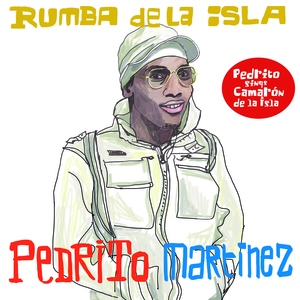 Sony Masterworks in partnership with Calle 54 Records releases: Cuban musician, Pedrito Martínez's new album Rumba de la Isla. Featuringsongs once interpreted by Camarón de la Isla, the legendary flamenco icon, Rumba de la Isla is produced by Fernando Trueba and Nat Chediak. The albumcelebrates the convergence of both the Cuban and Flamenco rumbas. The great rumbero Pedrito Martínez manages to integrate, in his own personal way, classic songs by Camarón de la Isla in a unique tribute to the greatest flamenco artist of all times.