American-born, UK-based, Robert Ziegler is one of the most versatile conductors working today. His guest conducting in the 2018-19 season takes him throughout the UK, Europe and the Far East.  Past seasons featured a sold out tour with the Royal Philharmonic Orchestra of Holst's The Planets and Strauss' Also Sprach Zarathustra and concerts with the City of Birmingham SO,  Shanghai Symphony and London Philharmonic as well as debuts with the Orchestre Nationale d'Ile de France, and Japan Phlharmonic Orchestra. He's known for his inventive programming and innovative collaborations with artists from opera, jazz, theatre and contemporary pop music, his repertoire ranges from core symphonic music to the avant garde. He is regularly in the studio to record sound tracks for new film releases and performs widely in film and live music concerts. His orchestral arrangements have been played by orchestras around the world and he maintains a lively career as a broadcaster for BBC Television and Radio.

The 122 year-old Czech Philharmonic gave its first concert – an all Dvořák programme which included the world première of his Biblical Songs, Nos. 1-5 conducted by the composer himself - in the famed Rudolfinum Hall on 4 January 1896. Acknowledged for its definitive interpretations of Czech composers, whose music the Czech Philharmonic has championed since its formation, the Orchestra is also recognised for the special relationship it has to the music of Brahms and Tchaikovsky - friends of Dvořák - and to Mahler, who gave the world première of his Symphony No. 7 with the Orchestra in 1908.

The Czech Philharmonic's extraordinary and proud history reflects both its location at the very heart of Europe and the Czech Republic's turbulent political history, for which Smetana's Má vlast (My Homeland) has become a potent symbol. The Orchestra gave its first full rendition of Má vlast in a brewery in Smíchov in 1901; in 1925 under Chief Conductor Václav Talich, Má vlast was the Orchestra's first live broadcast and, five years later, the first work that the Orchestra committed to disc. During the Nazi occupation, when Goebbels demanded that the Orchestra perform in Berlin and Dresden, Talich programmed Má vlast as an act of defiance; while in 1945 Rafael Kubelík conducted the work as a ‘concert of thanks' for the newly liberated Czechoslovakia. Forty five years later, Má vlast was Kubelík's choice to mark Czechoslovakia's first free elections and, this year, Decca Classics released Jiří Bělohlávek's recording of Má vlast made at the time of the 2014 Prague Spring Festival to mark the 100th anniversary of Czechoslovak independence.

The opening of the 'Centenary Season' is marked by Semyon Bychkov's first concerts as the Orchestra's Chief Conductor and Music Director. Opening his tenure with three performances of Mahler's Symphony No. 2 Resurrection, the following subscription concerts feature Berio's Sinfonia and Dvořák's Symphony No. 7. The celebrations continue with a single concert in London followed by an extensive 13-concert tour of the US and a week-long residency in Vienna, in addition to a European tour and further concerts in Prague.

Throughout the Orchestra's history, two features have remained at its core: its championing of Czech composers and its belief in music's power to change lives. Defined from its inauguration as ‘an organisation for the enhancement of musical art in Prague, and a pension organisation for the members of the National Theatre Orchestra in Prague, its widows and orphans', the proceeds from the four concerts that it performed each year helped to support members of the orchestra who could no longer play and the immediate family of deceased musicians.

As early as the 1920's, Václav Talich (Chief Conductor 1919-1941) pioneered concerts for workers, young people and other voluntary organisations including the Red Cross, the Czechoslovak Sokol and the Union of Slavic Women and, in 1923 gave three benefit concerts for Russian, Austrian and German players including members of the Vienna and Berlin Philharmonic Orchestras. The philosophy continues today, and is equally vibrant. In addition to a recently launched Orchestral Academy, a comprehensive education strategy engages with more than 400 schools bringing all ages to the Rudolfinum – some travelling as many as four hours - to hear concerts and participate in masterclasses. An inspirational music and song programme for the extensive Romany communities within the Czech Republic and Slovakia has helped many socially excluded families to find a voice.

An early champion of Martinů's music, the Orchestra premièred his Czech Rhapsody in 1919 and, its detailed inventory of Czech music, undertaken by Václav Talich included the world premières of Martinů's Half Time (1924), Janáček's Sinfonietta (1926) and the Prague première of Janáček's Taras Bulba (1924). Rafael Kubelík was also an advocate of Martinů's music and premièred Field Mass (1946) and Symphony No. 5 (1947), while Karel Ančerl conducted the première of Martinů's Symphony No. 6 Fantaisies symphoniques (1956). Fantaisies symphoniques has also featured twice in the Orchestra's programmes at the BBC Proms, first in 1969 under Chief Conductor Václav Neumann and then in 2010 under Sir John Eliot Gardiner.

Prague has long been favoured by composers, not least Mozart who, following performances of Le Nozze di Figaro and Don Giovanni, travelled the 250km journey from Vienna to première La Clemenza di Tito in 1791. Five years later, Beethoven made two trips to Prague returning again in 1798 to give the première of his Piano Concerto No. 1. His Seventh Symphony was composed in the spa town of Teplitz (now Teplice). Mahler's ties ran even deeper. Born in the Bohemian village of Kaliště, now part of the Czech Republic, he was 23 when he conducted the Royal Municipal Theatre in Moravia and first came to Prague to conduct the Neues Deutsches Theatre before giving the world première of his Symphony No. 7 with the Czech Philharmonic.

Mahler, however, was not the first non-Czech composer to conduct the Czech Philharmonic. Edward Grieg conducted the Orchestra in 1906; Stravinsky performed his Capriccio for Piano and Orchestra under Václav Talich in 1930; Leonard Bernstein conducted the European première of Aaron Copland's Symphony No. 3 at the Prague Spring in 1947; Arthur Honegger conducted a concert of his own music in 1949; Darius Milhaud gave the première of his Music for Prague at the Prague Spring Festival in 1966; and, in 1996, Krzysztof Penderecki conducted the première of his Concerto for Clarinet and Chamber Orchestra.

Christmas at the Movies 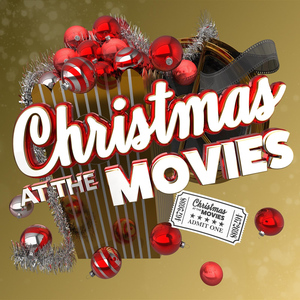 ‘Christmas at the Movies' is a dazzling new album of movie music that beautifully captures the Winter holiday spirit.  This stunning collection features some of the greatest Christmas movie themes of our time, written by some of the world's leading composers for the big screen and is guaranteed to enhance the holiday season for everyone.

Featured movie themes span almost 80 years of big screen magic and offer something special for all the family, from timeless classics such as 'The Wizard of Oz', 'White Christmas' and 'Home Alone' through to unmissable contemporary Christmas blockbusters 'Frozen' and 'Elf'.

Relive treasured memories of Christmas movies around the fire or treat someone special with this perfect present - Christmas at the Movies – it's the most wonderful time of the year!

Christmas at the Movies
http://www.robertziegler.co.uk/