Roberto Plano's friendly and outgoing personality has made him a favorite for guest appearances on a number of radio stations, including NPR's Performance Today, WNYC in New York City, WFMT in Chicago, WGBH's Classics in the morning (Boston), WCRI (Newport), CBC's In Performance (Toronto), BBC In Tune, RadioRai 3 Grammelot and Piazza Verdi in Italy. As a teacher, he has given public master classes at Kent State University, Augusta State University, Utah State University, University of Dayton, the University of Massachusetts (Amherst), Boston Conservatory, the Cleveland Institute of Music, at the Alberta Conservatory (Edmonton, Canada), at the Conservatory of San Juan (Puerto Rico), and in all the major cities of Schlewsig-Holstein, Germany, as well as in Paris at the Ecole Normale Cortot, in Taiwan, and throughout North America. During the summer he also regularly presides at the Music International Masterclasses in Portogruaro, Italy.

Plano recorded a CD of works by Chopin, Liszt and Scriabin on Italy's Sipario Dischi label and a disc of works by Liszt on the Azica label, a disc which includes Brahms Sonata Op. 5 and Klavierstucke op.118 on the Canadian label Arktos, and just releasing a World Premiere CD for the Concerto label distributed in North America by .

Having already earned an international reputation for his fine collaborative playing, Mr. Plano has performed with some of the finest chamber music groups in the world, including the Takacs, the Fine Arts, the St. Petersburg, the Vogel, the Jupiter, the Enso and the Henschel String Quartets.

As a result of his success at the 2005 Van Cliburn Competition, he appeared in the film documentaries "In the Heart of Music" and "Encores" (together with James Conlon and Menahem Pressler) which was aired on PBS stations across the United States, as well as in Europe through the satellite channel MEZZO. In 2006, Plano was chosen to participate in the DVD recording "A Masterclass with Jean-Michel Damase", filmed in Paris by ARTE at Salle Cortot; and together with Philippe Entremont, a second video project about the music of Mozart, broadcast by NHK in Japan.

Plano was also named the "Best Ensemble Performer" at the 2003 Honens Competition for his performances with cellist Shauna Rolston and soprano Ingrid Attrot. He was also the winner of the "Best Recital" and "Best Performance of a Commissioned Work" prizes at the 2006 Axa Dublin International Piano Competition. In other international piano competitions (after having won First Prizes in fifteen National Competition in Italy), Mr. Plano was a competition finalist at the 2003 Busoni in Italy, a prizewinner at the Sendai (Japan, 2001), and at the Jose Iturbi (Spain, 2000).

Mr. Plano has studied at the École Normale "Cortot" in Paris with Nelson Delle Vigne, where in 2004 he earned the "Diplome Superieur De Concertiste" with First Prize and a special mention: "à l'unanimité et avec felicitations du jurie". While studying in Paris, he was selected to participate in public Masterclasses with such distinguished artists as Philippe Entremont, Aldo Ciccolini, Joaquin Achucarro and François-René Duchable. In 2003 he earned the International Certificate for Piano Artists from École Normale in collaboration with the University of Florida. Other teachers have included Eli Perrotta, Walter Krafft, Lazar Berman, Bruno Canino, William Grant Naboré (Lake Como Academy) and Bruno Marengoni.

Recently Mr. Plano made his debut at the Festival "Les Fêtes Musicales" di Biarritz, France, toured Italy playing Beethoven's Triple Concerto, toured Canada and the U.S. (Edmonton, Calgary, Vancouver, Cincinnati, Forth Worth, Austin, Los Alamos, Denver, and New York's Steinway Hall), played with the Vienna Concert-Verein Orchestra at the Weston Recital Hall in Toronto, and made his debut with the National Arts Centre Orchestra in Ottawa conducted by Pinchas Zukerman.

Highlights of recent previous seasons included Mr. Plano's debut with the strings of the Berliner Philarmoniker in Italy, his debut recital at London's Wigmore Hall, his debut with the Houston Symphony Orchestra and concerts with the Milan, Forth Worth, Calgary, Bakersfield, Glens Falls, Reading, and Yakima Symphony Orchestras, plus new collaborations with groups such as the St. Petersburg String Quartet. North American recital engagements followed in Pennsylvania, Oregon, Texas, Minnesota, Arizona, New York, Illinois, and British Columbia, plus debut appearances at the Ravinia Festival (IL) and the Gilmore International Keyboard Festival (MI).

In 2011, along with Italian actress Lella Costa, he performed Liszt's Melologiues for piano and narrator in a number of appearances in Italy (Padua, Parma, Cividale, Bassano del Grappa). He was also invited by Michele Campanella for the Liszt Marathon organized by the Liszt Society and the Accademia di Santa Cecilia. In July, 2011 he performed at SUNY New Paltz's McKenna Theatre (NY) at the invitation of Vladimir Feltsman's PianoSummer Festival. In the summer of 2012 he made his recital debut at the prestigious Newport (RI) Music Festival. The 2012-13 season will see him as soloist with the Tupelo Symphony Orchestra (MS) and the Chautauqua Symphony Orchestra (NY) and return engagements with the Bakersfield S.O. (CA), and the Boise Philharmonic (ID).

He lives in Italy in Travedona Monate, near Milan, where he teaches regularly at the new Accademia Musicale Varesina which he founded. In September, 2011 he created the Music Association "Alfred Cortot", which he chairs, with the purpose of spreading the joy of classical music in all its aspects and giving priority to the musical education of children.

NY Times music critic Anthony Tommasini has written: "This Italian pianist showed artistic maturity beyond his years… there was a wonderful clarity and control of inner voices in his performances…" A recital at the Janet Wallace Fine Arts in St. Paul. MN, for the Frederic Chopin Society was marked by the Saint Paul Pioneer Press critic Ron Hubbard describing his performance among the top ten events of 2009. Mr. Plano has been described by The Chronicle in Glens Falls, NY, as the "Pavarotti of the Piano" for his lyricism, and also defined by the Chicago radio commentator Paul Harvey as the heir of Rubinstein and Horowitz. 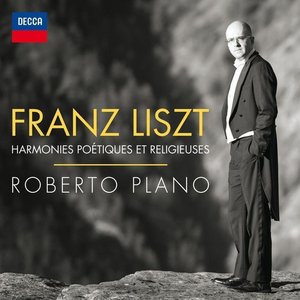