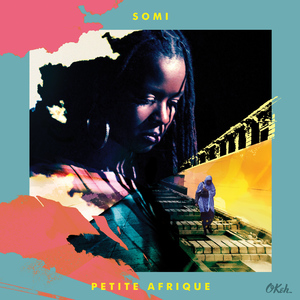 Pulsing with Harlem's rhythms and sonic ambiance, Somi's Petite Afrique is an homage to her New York City upper Manhattan neighborhood, and one of the Meccas of the African diaspora.  In the village of Harlem, along west 116th Street from Malcolm X Boulevard to Frederick Douglass Boulevard, African immigrants build American lives. Populated predominantly by a Francophone, West African and Muslim community, this is a strip of Harlem that locals call "Little Africa" or "Petite Afrique:" a thriving corridor of hair shops and shea butters, bistros and self-taught tailors.  Many of these working class residents - immigrants-cum-citizens - are now taxi drivers zipping other New Yorkers through the city they've called home since the 1980s.