Born in Illinois, the daughter of immigrants from Uganda and Rwanda, Somi's American experience has always been infused with the African diaspora's richest political and artistic traditions. And now Petite Afrique combines the two facets of her life magically. A longtime Harlem resident, Somi is also a true Africanist: she spent part of her youth in Africa with her parents and now, with her band, tours the continent extensively. Famously, Somi's dazzling 2014 album, The Lagos Music Salon, which debuted at the top of US Jazz charts, was born from an 18-month "sabbatical" in Lagos, Nigeria.

Founder of New Africa Live, a nonprofit championing her fellow African artists, Somi realized some years ago that she was explicitly segmenting her work for the communities she came from and the work that she did as an artist. "I realized," Somi details, "that I could still curate a sense of community in the same, and possibly larger, ways through my music." Now a TED Senior Fellow, her career a refined merger of singing and activism, Somi has entered a fascinating new phase herself: "New Africa Live was about making room for our voices that might otherwise go unheard. Hopefully, Petite Afrique starts larger conversations about immigration and xenophobia and Blackness." 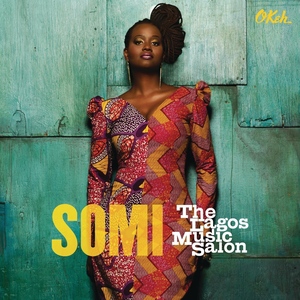 Few contemporary albums bare as particular a narrative as The Lagos Music Salon. The new album by the superb chanteuse Somi, finds her breaking new ground with a hybrid style of music that organically integrates the essence of jazz and soul with the musical depth of her African heritage. "It's the first time ever that I put all other pursuits on hold to focus solely on the creative process," says Somi, who decided to move to Lagos, Nigeria from her New York home base without a game plan but with a passionate desire to find a new direction for her vision and voice.