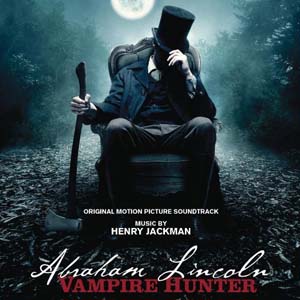 Sony Music announces the release of the Original Motion Picture Soundtrack of Abraham Lincoln Vampire Hunter. Featuring original music by Henry Jackman, the film is directed by Timur Bekmambetov, who grabbed attention in 2008 with his Hollywood directorial debut Wanted, and co-produced by Tim Burton (Batman, Batman Returns, Edward Scissorhands and Alice in Wonderland). Abraham Lincoln Vampire Hunter is a fictional secret life of the great U.S. president, narrating an untold story that shaped the nation. It is based on a best-selling novel by Seth Grahame-Smith, who also wrote the screenplay.

Valley of the Boom

The Book of Love

The Space Between Us

War For The Planet Of The Apes

Thank You For Your Service

Murder on the Orient Express

Professor Marston And The Wonder Women

Call Me By Your Name

The Girl On The Train

The Edge of Seventeen

Mozart In The Jungle - Season 3

HE NAMED ME MALALA

The Lady in the Van