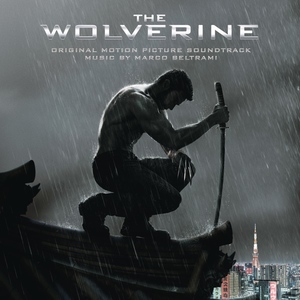 Sony Music releases of the original motion picture soundtrack of The Wolverine, composed by the Oscar-nominated Marco Beltrami. Based on the celebrated comic book arc, this epic action-adventure takes Wolverine (Hugh Jackman), the most iconic character of the X-Men universe, to modern day Japan.  Out of his depth in an unknown world, he will face a host of unexpected and deadly opponents in a life-or-death battle that will leave him forever changed.  Vulnerable for the first time and pushed to his physical and emotional limits, he confronts not only lethal samurai steel but also his inner struggle against his own immortality. The film opens nationwide on July 26, 2013.

Valley of the Boom

The Book of Love

The Space Between Us

War For The Planet Of The Apes

Thank You For Your Service

Murder on the Orient Express

Professor Marston And The Wonder Women

Call Me By Your Name

The Girl On The Train

The Edge of Seventeen

Mozart In The Jungle - Season 3

HE NAMED ME MALALA

The Lady in the Van