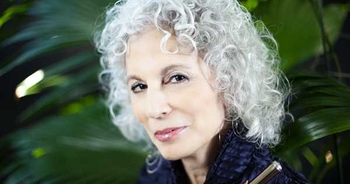 › Flutist of Orpheus Chamber Orchestra since 1980

› Orpheus Tour to Vietnam –first American Orchestra to play in Hanoi since the war. A very moving experience.

› Concerto appearances with Orpheus in Japan, US and Europe of Mozart Concerto in G and Flute and Harp Concerto with Nancy Allen

› A year off from playing to study painting with the great teacher Nicholas Buhalis.

› Became a member of the Orpheus Chamber Orchestra in 1980.

› Principal of Martha Graham Orchestra at Met and City Center.

› Principal of the Madeira Bach Festival. Brandenburg 4 with Julius Baker.

› Learned to count large, very slow triplets for Morton Feldman. My first contemporary gig and at Carnegie Recital Hall. And then 6/5, 7's, etc for Elliot Carter. He was very patient.

› White Mountain Festival to the now North Country Chamber Players. Played a solo piece with and by Keith Jarrett. (1972)

› The Contemporary Chamber Ensemble with Arthur Weisberg. (1975-1980] Thanks to my predecessors Tom Nyfenger and Paul Dunkel for not being available for the amazing 6 week tour to Australia, Phillipines, Hong Kong, Taiwan, with stops in Samoa and Hawaii. My first performances of Schoenberg "Pierrot Lunaire" and Boulez "Le Marteau sans Maitre. And later for many performances with the wonderful Jan De Gaetani.

› Acquired Bess, the most beautiful, deaf English Setter puppy. The highlight of a year in LA.