The Bad Plus: Bio

The Bad Plus came together at the end of the 20th century and has avoided easy categorization ever since, winning critical hosannas and a legion of fans worldwide with their creativity, unique sound and flair for live performance. The intensely collaborative trio has constantly searched for rules to break and boundaries to cross, bridging genres and techniques while exploring the infinite possibilities of three exceptional musicians working in perfect sync.

The band consists of founding members Reid Anderson (bass) and Dave King (drums) and new member Orrin Evans (piano) - a group of passionate collaborators with no single "leader." Never Stop II is the first full-length release from this lineup, comprised entirely of original music with each member contributing fresh compositions. The New York Times calls it "an exhilarating document" that sparks an exciting new chapter for the iconic group.

The Rite of Spring 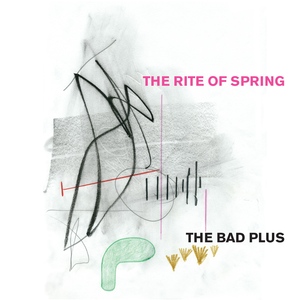 Sony Music Masterworks releases Igor Stravinsky's The Rite of Spring, arranged and performed by The Bad Plus. The long anticipated recording FEATURING bassist Reid Anderson, pianist Ethan Iverson, and drummer David King takes on one of the most influential works of the 20th century, a complex score fraught with revolutionary experiments in rhythm and metre, tonality and dissonance. The Bad Plus have a well-earned reputation for pushing the limits on what is expected of a piano-bass-drums trio, and for the past 14 years have seen the genre-smashing band creating a distinctive repertoire of inventive original music, along with a series of iconoclastic covers of such divergent artists as Nirvana and Neil Young, Aphex Twin and Ornette Coleman, among others.

Crossover Media Projects with: The Bad Plus

The Rite of Spring