The History of Classical Music in 24 Hours

Jazz and the Philharmonic

Jazz Roots | Music Of The Americas

Songs of the African Coast

The Royal Wedding - The Official Album 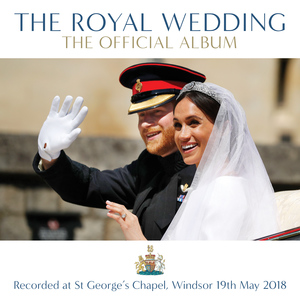 Decca Records is proud to release The Official Recording of The Royal Wedding, one of the most eagerly awaited events of the year. Having recorded the entire service live at St George's Chapel, Windsor Castle today, every piece of music, the readings, blessings and the vows will be available to listen to permanently on all streaming services in just a few hours: a first for a Royal Wedding. The physical album, on CD, will then be released into retail stores around the world from 1st June.

The musical highlight of the moving and joyous ceremony was British cellist, Sheku Kanneh-Mason, one of the most exciting musicians of his generation, who was personally asked by the bride and groom to perform at their wedding. The 19-year-old musician took centre stage for the all-important signing of the register. Dressed in a black Paul Smith suit with vibrant pink tie, Sheku played three beautiful pieces: "Sicilienne" by von Paradis, Schubert's "Ave Maria," and "Après Un Rêve" by Fauré. He was accompanied by orchestra*, as the Royal Couple officially became husband and wife. Knowing he was performing not only for the Royal Family, 600 invited guests in the Chapel, and an estimated global audience of up to three billion people, the talented teenager was thrilled to be involved in the occasion: