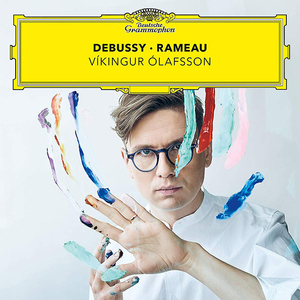 Debussy has been with me as far back as I can remember, but my first encounter with the keyboard music of Rameau was Emil Gilels' 1951 recording of "Le rappel des oiseaux", which I came across during my student days in New York. I was immediately fascinated by the music and how well it lends itself to the modern piano, at least in Gilels' noble rendition, with its layered textures and light and shades. But it wasn't until the spring of 2019, as I waited (and waited and waited) for the birth of my first child that I finally had the chance, having cleared some weeks in my concert schedule, to sit down with all of Rameau's published keyboard works and read through every one of them. A world of wonder revealed itself: ingenious works of remarkable diversity, rarely programmed or recorded on the modern instrument.

Incidentally, what I experienced in the music of Rameau had been aptly put into words in 1903 by a certain Claude Debussy, who had been swept away by a performance of the first two acts of Rameau's opera Castor et Pollux at the Schola Cantorum in Paris. In his superlative review, he described the music as "so personal in tone, so new in construction, that space and time are defeated and Rameau seems to be [our] contemporary." Curiously, the more time I spent with Rameau's keyboard music, the more my mind wandered to Debussy and the seemingly unlikely affinity of that revolutionary, who openly disregarded tradition and denounced all musical rules except the law of pleasure, to the founding father of French music theory and pedagogy. Upon closer inspection, I found that being a revolutionary is one of the very things the two had in common. Despite very different historical circumstances, both possessed a rare kind of relentless, intellectual independence – the kind that shifts paradigms. This is the element that led Rameau, as a completely obscure autodidact from the provinces, to write scientific treatises defining the dynamics of tonal harmony. And it is what led Debussy, some 180 years later, to redefine the nature of those dynamics in his music (without ever losing sight of pleasure). Side by side, their keyboard works allow us to revel in the delightful paradoxes of great music: the wild progressiveness of Rameau is illuminated by Debussy's historically informed sense of detail and proportion – and vice versa.

Another shared element of these two giants of French music is what could be called a synaesthetic streak. In my view, a certain blending of sensory experience seems natural to how the two approached music. Debussy famously surrounded himself with poets and painters, drawing inspiration for his limitless musical imagination from a wide range of sources, from symbolist poetry to Japanese woodblock prints. Dubbed the "Newton of Harmony", Rameau had a certain scientific interest in the colours in sounds as well as in light, but also a remarkable originality in what we call the colours of orchestration. In addition, his late writings reveal an unusual sense of the tactile, embodied nature of tonal harmony from the standpoint of the performer. As extraordinary innovators of both harmony and form, with a unique ear for colour and a keen sense of the theatrical, both composers wrote music which engages more senses than just that of hearing. And both enjoyed giving their compositions titles that stimulate the imagination –  the music itself ranging from the purely programmatic to the entirely abstract.  All these things inform the way the music of this album has been selected and arranged. As in previous albums, however, I have let the music itself guide me, rather than any fixed ideology.

Debussy's 1888 cantata La Damoiselle élue was inspired by Dante Gabriel Rosetti's poem and painting by the same name. Like those works, the cantata's opening prélude, which the composer himself transcribed for piano in 1906, exists in the space between two worlds – that of heaven and earth; that of life and death. The stillness of the archaic opening chords gives rise to graceful vivacity, which runs in constantly new and unexpected directions as the loving gaze of the blessed damozel in heaven is briefly felt by her bereft lover on earth. It is a conversation between those who cannot really converse, and thus an appropriate starting point for what is to come: the conversation between Debussy and Rameau, occupying two very different worlds.

As the dreamy prélude comes to a close, the curtains are raised to reveal the dusky forest home of Rameau's birds. What ensues are lively scenes from his extraordinarily inventive Suite in E minor. The birds are calling ("Le rappel des oiseaux"), there is the mysterious episode of the teasing village maiden ("La villageoise"), and the folksy music of the "Tambourin" or the bagpipes in the "Gavotte en musette". And then there are the deeply lyrical Gigues, with their subtle ambiguity of mood as the key shifts between E major and E minor.

From village life in the 18th century we are swiftly transported to the stormy gardens of Normandy at the dawn of the 20th century. "Jardins sous la pluie" is one of Debussy's best loved toccatas – an example of how he tended to pair his daring, progressive tonal idiom with musical forms from the Baroque and the Renaissance. The "Serenade of the Doll" and "The Snow is Dancing", both from his Children's Corner suite, also share toccata-like elements, though the music is more light-hearted and less virtuosically driven. When great composers write for children, the relief from outer expectations often opens up something earnest and genuine; it distills some musical essence from their being. The works from Children's Corner show a warm, domestic side to a man who could be thorny in public life. The suite bears the following dedication to his 3-year-old daughter: "To my dear little Chouchou, with tender apologies from her father for what follows."

What, in turn, follows Debussy's tender apologies are Rameau's tender complaints ("Les tendres plaintes") from his Suite in D. In fact, tenderness was also the word evoked by Debussy to describe what he admired so deeply in Rameau – "Delicate and charming tenderness", to be exact. Though there are many such moments in the suite, we also encounter hair-raising whirlwinds ("Les tourbillons") and the murderous one-eyed giants of the Greek myths ("Les Cyclopes"), both movements where Rameau's incredibly imaginative flair for virtuosic keyboard writing is on full display. In the middle of this selection, after the constant reframing of the same harmonies in the intimate conversation of the Muses ("L'entretien des Muses"), I have inserted a diversion into Debussy's "Footsteps in the Snow" ("Des pas sur la neige"), with its own eerily static D minor harmonies capable of almost freezing time itself.

The Arts and the Hours

At the centre of the album is an interlude from Rameau's final opera, Les Boréades, written in 1763 when the composer was 80. I transcribed it for the modern piano because its colourful resonance allows for new and interesting textural possibilities in a piece that seems so ahead of its time: its rich harmonies of suspended 9ths and 11ths one could almost imagine Mahler writing in the late 19th century. In the original opera, based on a Greek legend, the interlude bears a somewhat lengthy title: "The Arrival of the Muses, Zephyrs, Seasons, Hours and the Arts." As all these mythical beings summoned to the stage have something to do with the arts and with time's passing, I allowed myself to call my transcription simply The Arts and the Hours, with a nod to the Greek aphorism best known in its Latin version as "Ars longa, vita brevis". Les Boréades was Rameau's last major composition and he probably did not live to see it performed. Like many of his operas, it was not revived until the 20th century. Life is indeed short and art long – even for the octogenarian Rameau. Almost three centuries after his death, the legacy of his art is still growing, with works still being discovered, premiered and brought back from obscurity.

Born out of Debussy's intimate relationship with the piano and written with incredible swiftness, his two books of Préludes have an air of effortless élan that belies the radical compositional elements at play behind the scenes. In Préludes number 8 (from Book 1 and Book 2, respectively) Debussy returns as he did in "La Damoiselle élue" to a favourite subject of his, the feminine. The gently graceful "Girl with the Flaxen Hair" continuously juxtaposes the harmonic novelty of the pentatonic scale with more conventional harmonies to create a musical image that is at once dreamy and tangible. The flirty water nymph "Ondine", on the other hand, is elusive from first note to last, evoking colourful images of water and the many adventures to be imagined under its surface.

The character pieces that follow stem from Rameau's 1741 chamber music collection Pièces de clavecin en concerts, also prepared by the composer for solo keyboard. Here, the passage of time has rendered the titles somewhat enigmatic. "La Cupis" may be yet another feminine portrait, its potential namesake being Marie-Anne Cupis, a well-known dancer. Why not? The work's yearning, soulful melodies are surrounded by nimble, dance-like episodes. After the irresistible gossip of "L'indiscrète", another unanswerable question awaits: was "La Rameau" intended as a self-portrait, a portrait of his wife, the gifted musician Marie-Louise Mangot, or simply a sound picture of their mutual home? In any case, it is full of passion and zest.

There is ample zest, too, in the movements from the Suite in G – its subjects a curious congregation of gypsies, savages and chickens. At the centre of the selection is "L'Enharmonique", whose opening melody bears strong motivic resemblance to "La villageoise"; but here the mood is reflective, even melancholic, built on descending, chromatic harmonies in enharmonic relationships. Such subtle use of striking harmony is in line with Rameau's own description of his compositional method, namely "to conceal art with art".

When Castor et Pollux, Rameau's opera that so captivated Debussy in 1903, was finally fully revived on stage at the Opéra, days before the bombardment of Paris in 1918, Debussy was unable to attend, lying on his deathbed. In his memoir, Debussy's friend Louis Laloy recounted his last visit to the suffering composer shortly before the premiere, and described Debussy's final wish as he left his bedside: "Trying to smile as he saw me go, he said in a half whisper: ‘Say hello to Monsieur Castor!'" Of course, the details of the story may have been altered for dramatic, almost hagiographic effect. But like all legends, even those with nationalist undertones, there is something very true about it. And in any case, who can resist the amiable informality of that last message between worlds, that final impossible conversation?

The closing work on this album is Debussy's "Hommage á Rameau", taken from the first book of Images from 1905. Apart from being a sarabande in form, the connection of the music itself to that of Rameau is wonderfully elusive, if present at all. And why should that be a surprise? Debussy was somehow physically unable to write a single measure of music that was unoriginal, redundant or predictable. Pastiche was not his thing. He was always forward-thinking, even when looking back in time – just as he was meticulous in his craft even when actively rejecting tradition. Much has been written about Debussy's firm roots in the French Baroque and the complicated way in which Rameau influenced not just his music, but his identity as a French composer. To me, however, this piece epitomizes in simpler terms his relationship with Rameau. As a gesture, it is a nod, not a bow – from one great artist to another, signalling the recognition of spiritual relatedness, rather than a disciple's gratitude to a teacher.