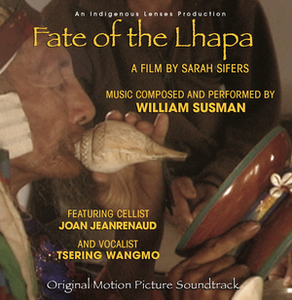 Scoring the documentary Fate of the Lhapa was an inspiring experience. I worked with a marvelous director, Sarah Sifers, who trusted my musicianship and gave me the freedom to compose a score that attempts to capture the place, culture, spirit and passion of the Tibetan Shamans and their broader historical context.

As with many of my scores, I look for melody and instrumentation that the filmmaker has captured on film. In Fate of the Lhapa, there were stunning musical moments including ritual chanting, a prayer vigil, bells, gongs, drumming and dance. All of these sonic elements contributed to my choice of melody, harmony, rhythm and instrumentation.