Jarvis Cocker has been making music for two-thirds of his life. Two dozen of these years (1978 – 2002) were spent in Pulp, a group with whom he enjoyed most of the experiences you can have as the singer in a band. First feted by John Peel and then ignored during the long Dole Years, the group eventually became the country's slowest overnight sensation during a heady period book-ended by ‘Common People' becoming a touchstone anthem at their Glastonbury headline slot in 1995, and Jarvis invading the stage during Michael Jackson's performance at the Brit Awards eight months later.

With hindsight, most things that happened to Pulp before or after can be defined in their relation to these twin events, as emblems of sought-after success and its darker cousin, over-bearing fame. The early, striving under-achiever albums (‘It', ‘Separations', ‘Freaks'); the gradual pop awakening (‘Intro', ‘His'n'Hers'); the commercial culmination (‘Different Class'); the comedown (‘This Is Hardcore') and the final, bittersweet swansong (‘We Love Life').

Over this time, Jarvis went from being the quintessential outsider to being one of the most recognised and cherished figures in Britain. He brought a rare, bookish wit to the pop charts, and cut an original dash in a rock'n'roll world of dominated by reductive cliché.

After Pulp, Jarvis consoled himself with semi-retirement, moving to Paris, making occasional media appearances to talk about Outsider Art, Scott Walker or other personal crusades, and sometimes writing songs for others (Marianne Faithfull, Charlotte Gainsbourg, Nancy Sinatra and Air). No longer identifying with the "Jarvis Cocker" of the public imagination, he tried an alter-ego band (the electro-Goth Relaxed Muscle), in an effort to try and rid himself of some of the un-parental thoughts coursing through his ever febrile imagination.

He wrote three songs for, and briefly appeared in, ‘Harry Potter and the Goblet of Fire', and took part in the ‘I'm Your Man' tribute to Leonard Cohen around the globe, as well as appearing on an album of Serge Gainsbourg songs.

Sooner or later – as he himself recently observed (in another song written for Lee Hazlewood) - the big stuff comes around, however. And Jarvis was forced to confront the fact that he was, in fact, ill equipped for life outside the performance arena. And so, he started writing songs to be sung by himself again. One of the first to emerge was the sensational ‘Cunts Are Still Running The World', written in response to the rock-cum-politics love-in of the G8 summit in Glasgow. The song enjoyed a protracted life as a firm download favourite, given its unsuitability for the delicate sensibilities of radio.

The appearance of his debut solo album ‘Jarvis' at the end of 2006 was greeted with an open-armed goodwill it is hard to imagine being reserved for many other singers.

After picking up these raving reviews, he toured with his band around Europe, USA and Australia in 2007. Jarvis also guest-edited the Observer Music Monthly, curated the Southbank Centre's Meltdown Festival and performed a duet with The Gossip's Beth Ditto for the NME Awards. They covered fellow Sheffield band Heaven 17's ‘Temptation', which was later released to profit Shelter, a charity which battles homelessness.

In 2008, Jarvis premiered his lecturing skills with ‘Saying The Unsayable', a talk about lyrics at the Brighton Festival. He repeated it at In The City later that year, just after returning from a two week long trip to the North Pole with Cape Farewell, an organization which takes a few select artists and scientists on a journey through the Arctic each year to see the affects of climate change firsthand. He also celebrated Rough Trade Records' 30th anniversary with the ‘Looking Rough at 30' tour and guest-edited BBC Radio 4's prestigious ‘Today' programme. All this between recording his anticipated follow-up album, ‘Further Complications', with Steve Albini in Chicago, which Rough Trade will release on May 18th (UK)/ May 19th (US).

Gonzales (also known as Chilly Gonzales) is an MC-meets-keyboarding-producer-meets-singer-extraordinaire. At a young age, Gonzales was introduced to the piano by his parents and overachieving brother. Using the instrument as an avenue of self-expression, he quickly advanced into the production realm. Through his Hollywood-based older brother, Gonzales wrote music for soundtracks under various aliases.

Gonzales Über Alles Though born in Canada, the artist took up residence in Europe, mainly in Germany or France, just after signing to Kitty-Yo. Known for his often comical live shows complete with MCing, Gonzales branched off to singing with Kitty-Yo labelmate Peaches in 2000 for the single "Red Leather." His debut full-length, 2000's Gonzales Uber Alles, was followed later that year by The Entertainist. Touring and collaborating with Peaches brought both artists more renown, with the press nicknaming the duo the Bonnie and Clyde of Prankster Rap.

Presidential SuiteGonzales stepped back into the studio and recorded 2002's Presidential Suite, but moved from Berlin to Paris during 2003 and inaugurated a co-production relationship with Renaud Letang (Manu Chao). He was also instrumental in the production of Feist's award-winning Let It Die, having toured with her and recorded songs from an early demo stage. Gonzales and Letang also recorded with French pop royalty, including Jane Birkin (her 2004 duets album Rendez-Vous) and Charles Aznavour (sessions eventually canceled by Aznavour), as well as Christophe Willem.

Solo Piano When Gonzales returned to his own career in 2005, he issued what was easily the most distinctive record of his career, Solo Piano, which found him performing 16 themes (for left-hand accompaniment and right-hand melody) and asserting the influence of French impressionists Erik Satie and Maurice Ravel. In 2008, he released an album on Mercury titled Soft Power, an album of assured piano-led pop that channeled the production gloss of '70s and '80s pop/rock.

Ivory Tower Two years later, after piano battles with Andrew W.K. and a stint with the German rap group Puppetmastaz, and setting a Guinness world record for the longest solo piano performance in history (27 hours), he recorded Ivory Tower, the soundtrack to a film he co-wrote with Céline Sciamma, directed by Puppetmastaz's Adam Traynor. The film included appearances by Gonzales, Peaches, Feist, and Tiga (the latter of whom played Gonzales' brother in the film). Gonzales has also popped up on several albums by Jamie Lidell. A second volume of solo piano, appropriately titled Solo Piano II, followed in 2012. More piano material arrived in 2014, in the form of Re-Introduction Etudes, an album and book of basic piano instruction designed for novice players who gave piano up and were looking to return to the instrument. 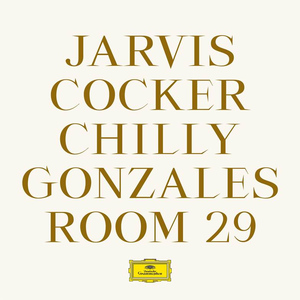 Standing at the west end of Hollywood's Sunset Boulevard, the Chateau Marmont hotel has seen many a famous and infamous guest pass through its doors since it opened in 1929. A 2012 stay in one of its second-floor rooms inspired British lyricist and singer Jarvis Cocker to look into its history and led to this collaborative project with multi-faceted Canadian pianist and composer Chilly Gonzales. Room 29, a 21st-century song cycle, is set for release on Deutsche Grammophon on 17 March. Gonzales' score and Cocker's lyrics conjure up the lives of some of Room 29's previous occupants, as well as shining a light on the glittering fantasy and often bleak reality of Hollywood.